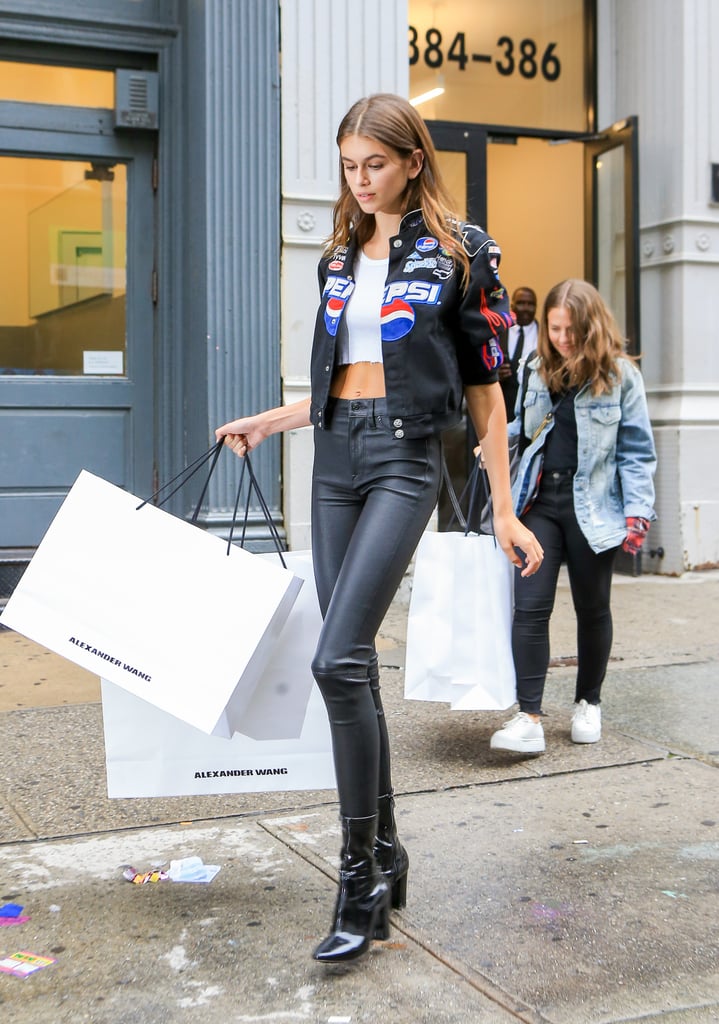 Kaia Gerber continues to seek inspiration from one iconic supermodel: her mum, Cindy Crawford. At the start of New York Fashion Week, the 16-year-old model attended a fitting for Alexander Wang and sported a racing jacket with the Pepsi logo front and centre. Apart from just looking cool, however, the vintage jacket held a deeper meaning.

In 1992, Cindy appeared in a famous Pepsi commercial that aired during the Super Bowl. Her white tank top, denim shorts, and teased hair quickly made pop-culture history. A decade later, Cindy re-created the commercial for the Academy Awards. It's so famous that she recently parodied the commercial with James Corden on The Late Late Show.

It's likely that Kaia wore the jacket to sweetly and subtly honour her mum as she began her first-ever NYFW. That being said, we wouldn't be opposed to another re-creation of the Pepsi commercial — this time starring Kaia.