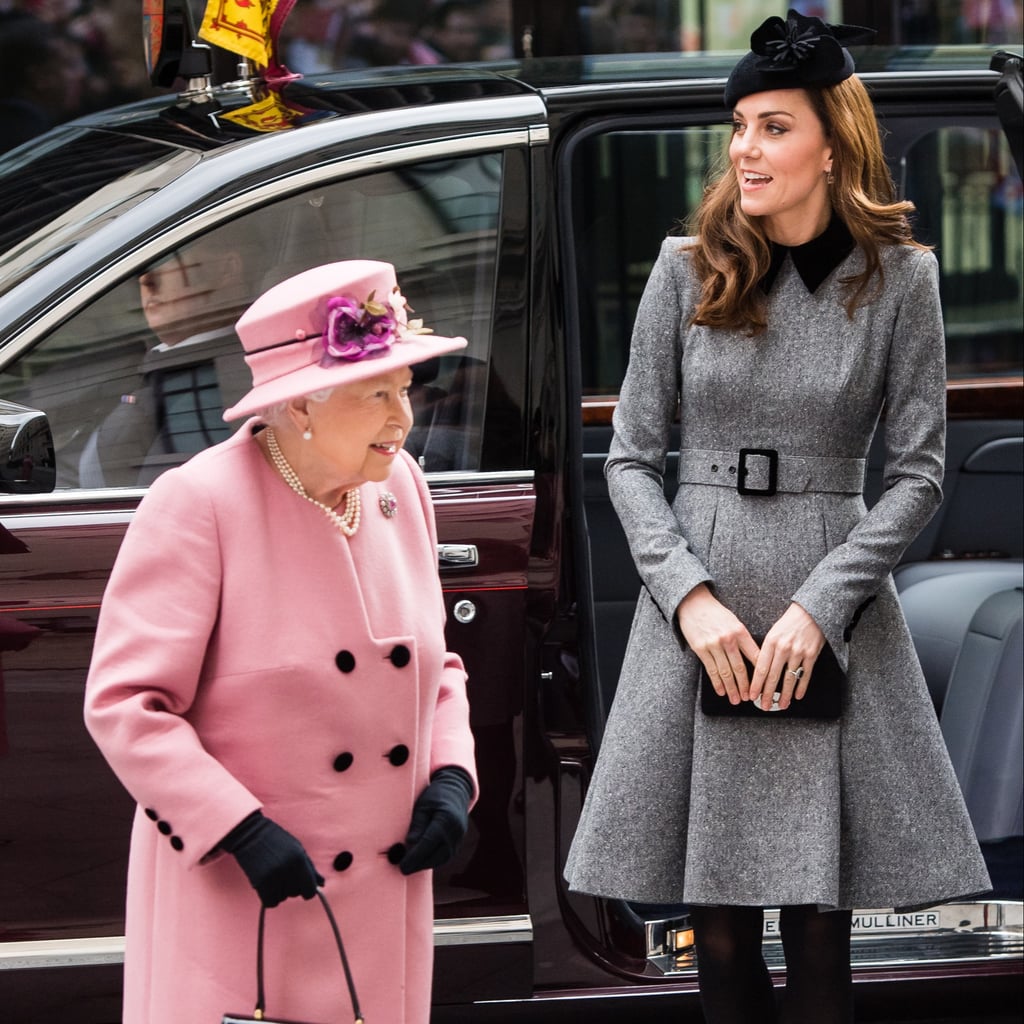 Kate Middleton stepped out on important royal duties on March 19, when she accompanied Queen Elizabeth II to King's College, London. They were there for the opening of the Bush House, a set of buildings that have been newly converted into new teaching and lecture spaces, and big crowds assembled at the campus for their chance to glimpse royalty. The queen chooses to wear bright colours so she can be easily seen, and today was no exception, but the Duchess of Cambridge was smart enough to do the opposite as she stood at the queen's side, opting for a grey fit-and-flare coat dress by one of her go-to labels, Catherine Walker.

Related:
Kate's Red Coat Might Be 5 Years Old, but We're Definitely Happy to See It Again

Kate wore a very similar design from the same designer in Leicester back in December, but this new design was missing the buttons, and had an added belt and black collar. She added a Sylvia Fletcher hat that she's owned for years, and a pair of block heeled black suede pumps. Her bag looks to be her black suede Mulberry Bayswater clutch, which she's carried dozens of times over the years. The queen, meanwhile, wore a pink cashmere coat by Stewart Parvin, and is said to be wearing a dress that features shades of grey underneath, allowing her to subtly match with Kate while still standing out. Take a look at their arrivals ahead, to see Kate's chic coat dress from all angles.

Celebrity Style
Kendall Jenner Doesn't Just Have a Huge Closet, She Also Has a "Hannah Montana" Fitting Room
by Sarah Wasilak 2 days ago