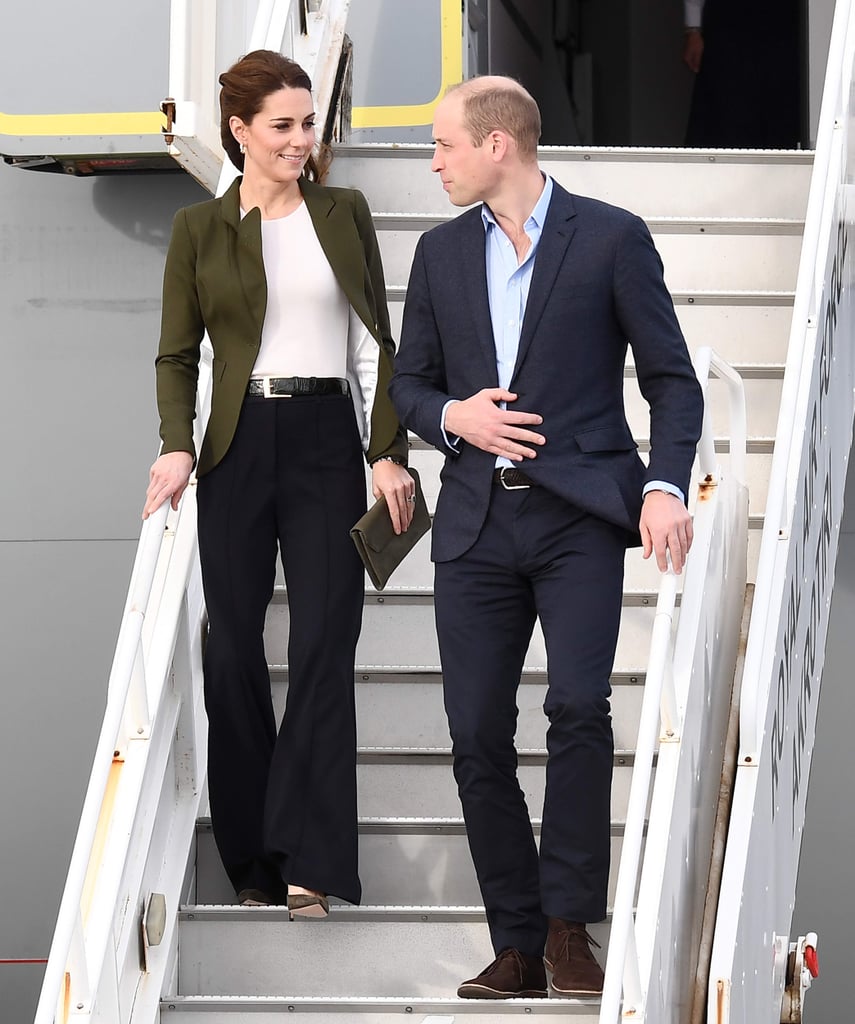 Thanks to Meghan Markle, black pants are no surprise on a royal outing — but when Kate Middleton decided to opt for the look, we had to do a double take. On Dec. 5, the Duchess of Cambridge stepped out with Prince William at RAF Akrotiri in Cyprus, wearing black wide leg pants and the very appropriately named Smythe Duchess blazer ($695), which she paired with a white t-shirt and an L.K.Bennett Dora clutch ($285). And this time, the casual look wasn't to play sport.

While Kate often wears pants if she's playing sports or visiting a centre where she is expected to interact with the public, she typically goes for jeans and heels and rarely for wide leg trousers. For this look, we can't help but wonder whether she's taken a styling tip from her sister-in-law Meghan, who's more than once worn pants and a blazer on an official outing.

Ahead, get a closer look at Kate's outfit — as well as a few of the times Meghan's worn this kind of ensemble — then shop similar pieces to re-create the look for yourself. Honestly, we won't blame you if you've already decided to dig out your pants and favourite blazer for work tomorrow.