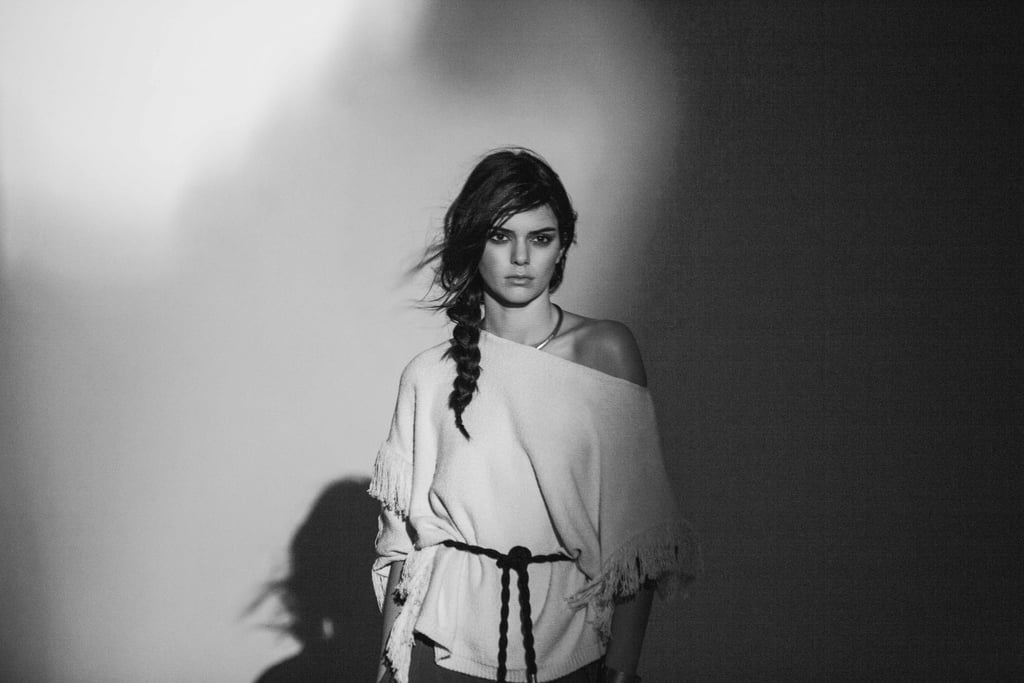 Mango Picked Kendall Jenner to Show Off Its First Trend of 2016, and It's Not What You'd Expect

Fashion retailer Mango has a new trick up its sleeve: the brand will release a series of four Spring '16 campaigns over the next few months, each one spotlighting a new trend. Mango chose Kendall Jenner to showcase its first, called "Tribal Spirit," which has actually stirred a bit of controversy. Meanwhile, we've only gotten a peek at a handful of pieces so far, including a fringe-finished sweater, chunky jewelry, silk trousers, and a rope belt.

Though Kendall's personal style tends to stray toward the sexier side, what with her "naked leggings" and crop top pairings, Ms. Jenner's supermodel potential is worth noting, as she pulls off Mango's slouchy, carefree, rugged looks with ease. Read on to watch Kendall's "warm-up" moves in the short film below, then check out a fierce black and white still from the ad.