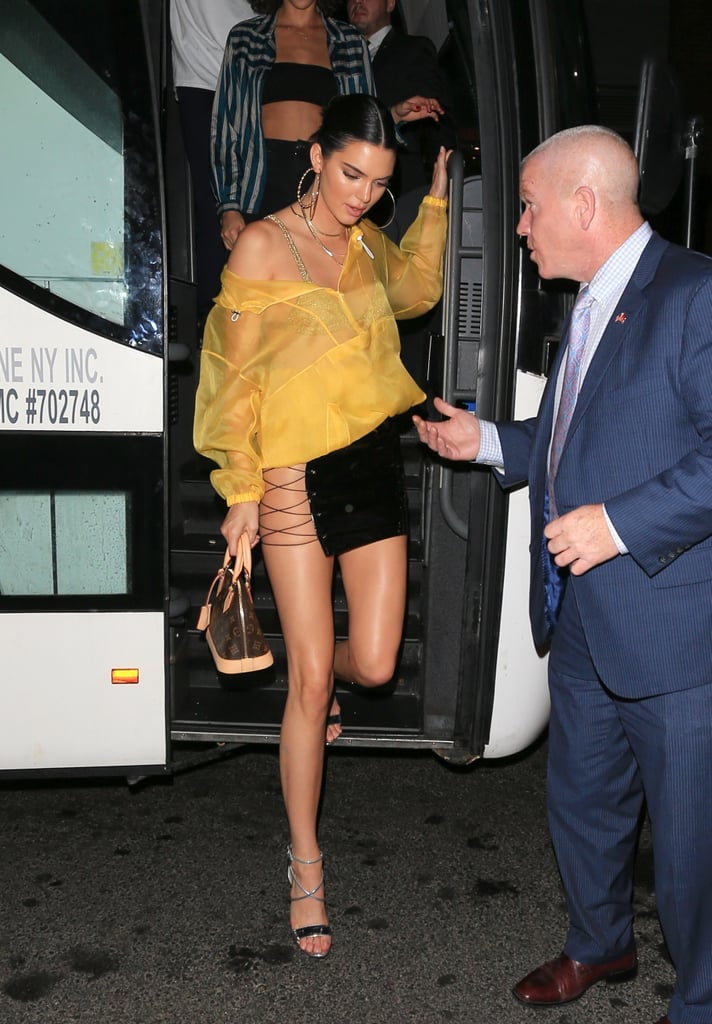 If we had to trace Kendall Jenner's sexy style back to its origins, we would land at the 2014 Marc Jacobs show. The then-19-year-old model walked braless on the runway, and it didn't appear to be a big deal. Since then, Kendall's voiced her fondness for freeing the nipple and often chooses to go braless in sheer tops and dresses. We get it; most bras are not comfortable.

You may think her sexy phase will eventually fade out, but from what we've seen this year, Kendall's outfits just keep getting shorter and more sheer. By now, it's pretty much expected that she'll show up to a red carpet or dinner in the most revealing look a designer can create. If you don't believe us, read on to see the model's sexiest outfits (so far).

Celebrity Style
Emily Ratajkowski Found a New Way to Show Off Her Baby Bump, and It Screams Emrata
by Nikita Charuza 18 hours ago