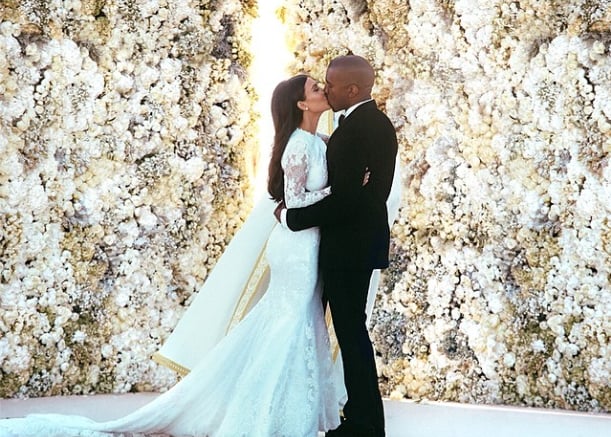 Kim Kardashian and Kanye West are celebrating their fifth wedding anniversary today, but we'll never forget the Givenchy dress the bride wore when they first said "I do."

While Kim had her pick of fashion's crème de la crème, we're not entirely surprised she chose friend Riccardo Tisci to design her wedding gown for her nuptials in Florence, Italy. He is, after all, the man behind her infamous 2013 Met Gala gown and a close friend of Kanye's. He also believed in Kim's sister Kendall Jenner from the get go, casting her in his Fall 2014 runway show and helping to catapult her career.

Scroll through for a glimpse back at Kim's fairy-tale gown, then see some of her most memorable moments in Givenchy pre-wedding.

Celebrity Style
No, It Doesn't Get Any Cooler Than Lenny and Zoë Kravitz's Father-Daughter Style
by Nikita Ramsinghani 5 hours ago

The Royals
Kate Middleton Sprints in $50 Ribbon Sneakers and Zara Pants, Like She Can
by Sarah Wasilak 6 hours ago

Celebrity Style
When Hailey Bieber's Wearing This Dress in the Front Row, It's Hard to Acknowledge Jon Snow
by Sarah Wasilak 6 hours ago 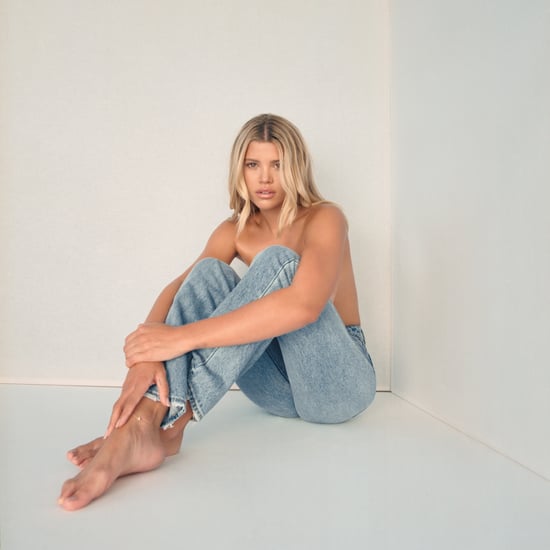