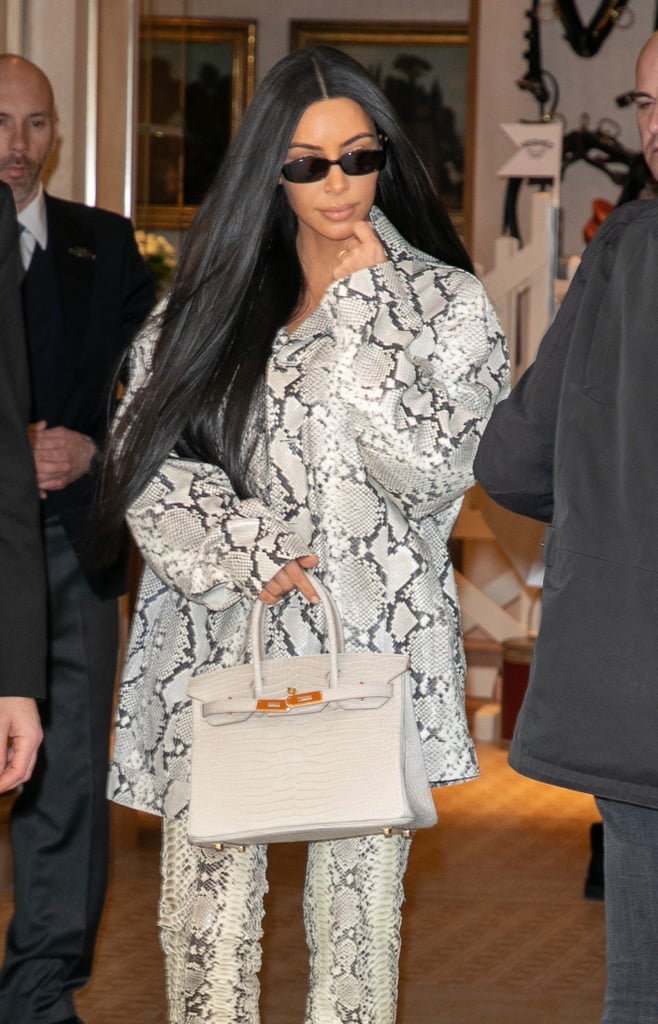 Kim Kardashian's recent love for animal print is s-s-s-preading right down to her daughter. On Sunday, the mom of three attended husband Kanye West's weekly church service wearing a snakeskin outfit matching her 5-year-old daughter North West's. Kim's been rocking more animal print than a freakin' zoo recently — between her head-to-toe leopard ensemble earlier this month and a Kwaidan Editions python wrap skirt not too long ago, her latest all-out snakeskin outfit proves this hot mama really can't be tamed.

On Sunday, Kim took it one step further by dressing North in a matching ensemble, and we've got to say, they're really pulling off this Spring trend together. North topped off her look with some metallic glitter sprinkled across her eyelids and hair, while Kim went for a rare white crocodile Birkin bag.

Kim must've loved the outfit so much because later that day, she hopped on a plane to Paris, where she was spotted shopping at Hermès in the same digs. We don't blame her, though: a head-to-toe snakeskin look is exactly what we're aiming for to sizzle our way into Spring. Ahead, see photos of Kim and North's matching looks, and check out even more animal-print shoes to add to your lineup this season.