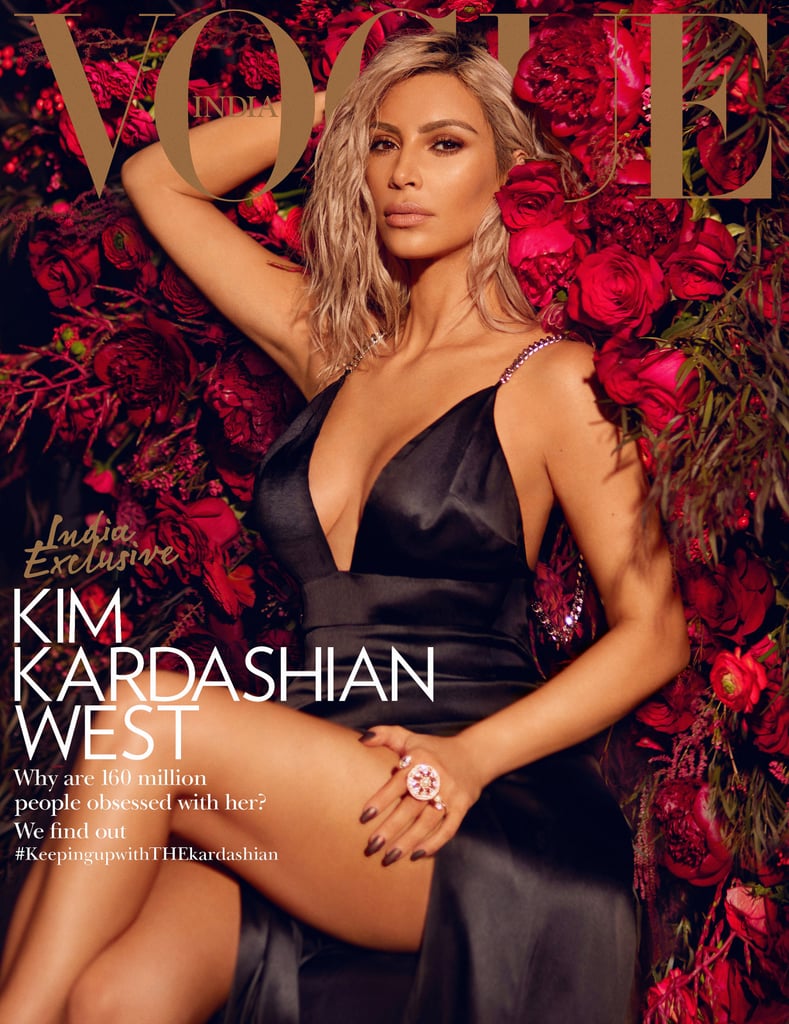 Kim Kardashian Landed Vogue India's March Cover, and It's All Anyone Can Talk About

Kim Kardashian landed herself another major magazine cover. The reality star graced the pages of Vogue India for the first time ever with the March 2018 issue. On the cover, Kim posed seductively in a Jean Paul Gaultier Couture tulle saree dress that featured a sheer hoodie. For the shoot, Kim actually wore several outfits by Indian designers such as Anita Dongre, Anamika Khanna, and Sabyasachi.

Since the news about the issue broke, Twitter users have gone into a frenzy arguing that the magazine should highlight Indian models rather than Western pop culture stars. Kim's not alone in facing this type of backlash. Her sister Kendall Jenner also stirred up controversy when she posed for Vogue India's 10th anniversary. Read on to see pictures from Kim's cover story to check out all the buzz.