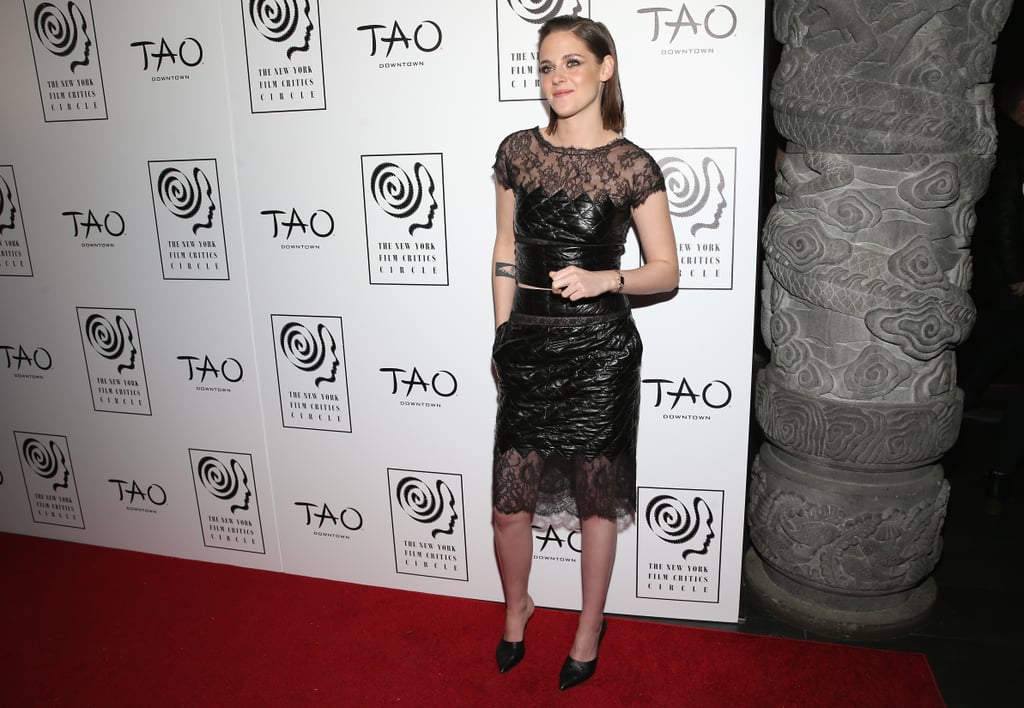 Kristen Stewart Rules the Red Carpet in Lace and Leather

With her slicked-back, side-parted hair and all-black outfit, Kristen Stewart made a major statement at Monday night's New York Film Critics Circle Awards. Kristen was there to pick up a best supporting actress honour for her role in the film Clouds of Sils Maria, and she also very well may have nabbed the night's best dressed prize for her two-piece Chanel look.