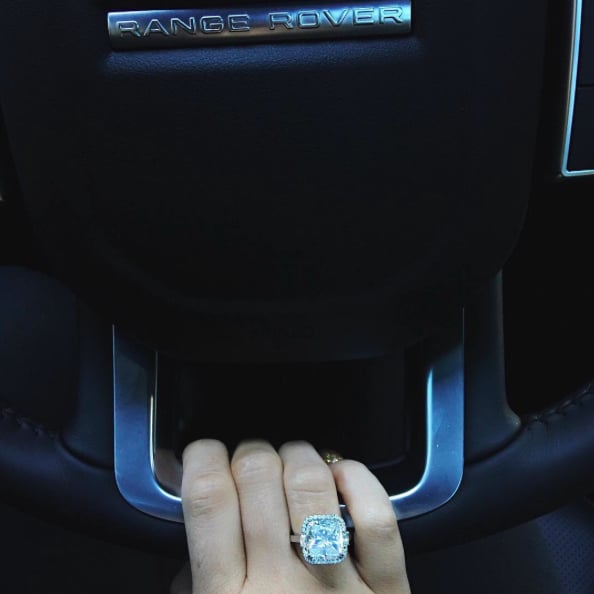 There ain't no party like a Kardashian-Jenner party — mostly due to the amount of diamonds alone. At the family's glamorous Christmas bash, Kylie revealed one of her newest, extra-large rocks: a super sparkly right-hand ring, sparking rumours that she might be engaged to her boyfriend, Tyga.

But while the star swears that's not the case — wrong hand, people! — we can't help but notice how much she's been showing that thing off. Even on her Snapchat, Kylie will casually pose or fake a yawn just to get her ring in the shot. It's a liiittle suspicious, but perhaps she's just extra excited about her new present. And we can't say we wouldn't do the same.

It also turns out that Kylie wasn't the only one to receive some diamonds before the party: Kris was seen wearing a few rings herself. Read on to see Kylie's ring from every shiny angle, and check out Kris's handful as well.