Forget About Lady Gaga's Poofy Mini Dress — Her Teeny Tiny Purse Had to be Held on 1 Finger!

OK, there's a lot to unpack about Lady Gaga's pre-Met Gala outfit. The singer and actress attended a dinner in New York ahead of the Met wearing her most Gaga-esque outfit we've seen in a while. The 33-year-old is actually one of the cohosts of the 2019 Met Gala along with Anna Wintour, Alessandro Michele, Harry Styles, and Serena Williams. Since her performance in A Star is Born, Gaga's avant-garde style of meat dresses and over-the-top ballgowns has taken a backseat to a more subdued look of simple black gowns and Grace Kelly-inspired coats.

During the dinner, we finally got a glimpse of the old Gaga, and you better believe her Little Monsters went wild for the outfit. Gaga wore a black and white striped minidress that was full of layered ruffles. The poofy number was straight from the Marc Jacobs 2019 Fall runway show. As if the eye-catching minidress was not enough, Gaga took it up a notch by wearing a long feathered fascinator and sky-high platform boots. She also accessorised with black sunglasses and diamond drop earrings. As the singer blew kisses at the camera and took pictures with fans, she also showed off her teeny tiny black purse that was so small she had to carry it on one finger! Read on to see all angles of her outfit ahead.

Related:
You May Be Surprised by How Many Times Lady Gaga Has Been to the Met Gala
0
previous images
-3
more images
Previous Next Start Slideshow
Join the conversation
Celebrity FashionDressesAll AnglesBagsMet GalaMarc JacobsLady GaGa
More from POPSUGAR
From Our Partners
Related Posts

Summer Fashion
Amazon's Summer Maxi Dress Section Is Enormous, but These 19 Picks Are the Prettiest
by Macy Cate Williams 13 hours ago 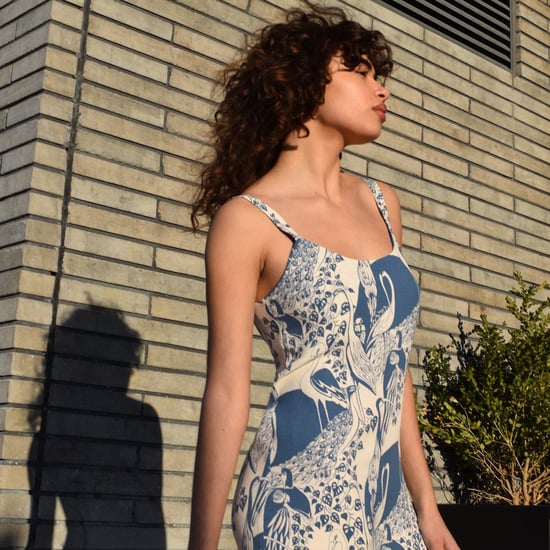 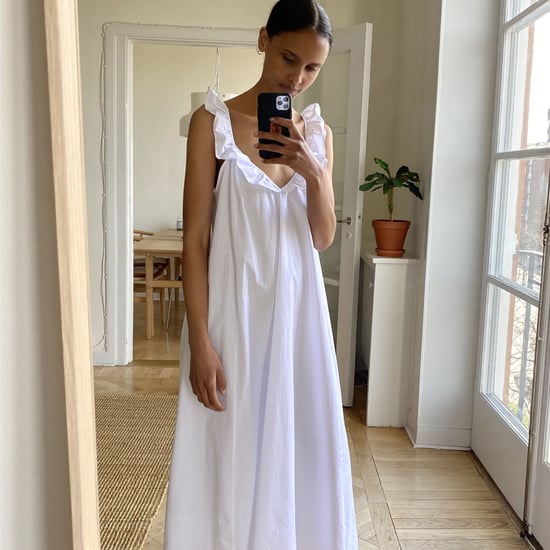 Summer Fashion
32 New Sundresses So Comfortable, They Might as Well Be Nightgowns
by Macy Cate Williams 2 weeks ago 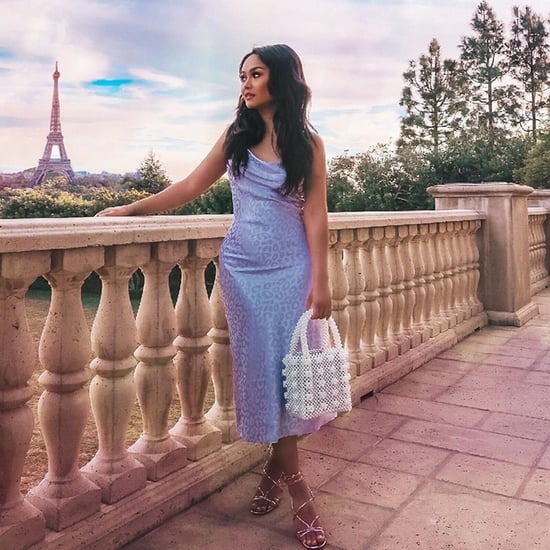 Celebrity Style
Katy Perry Revealed the Look She Would've Worn to the 2020 Met Gala, and It's Oh So Madonna
by Karenna Meredith 3 weeks ago
Latest Fashion
×