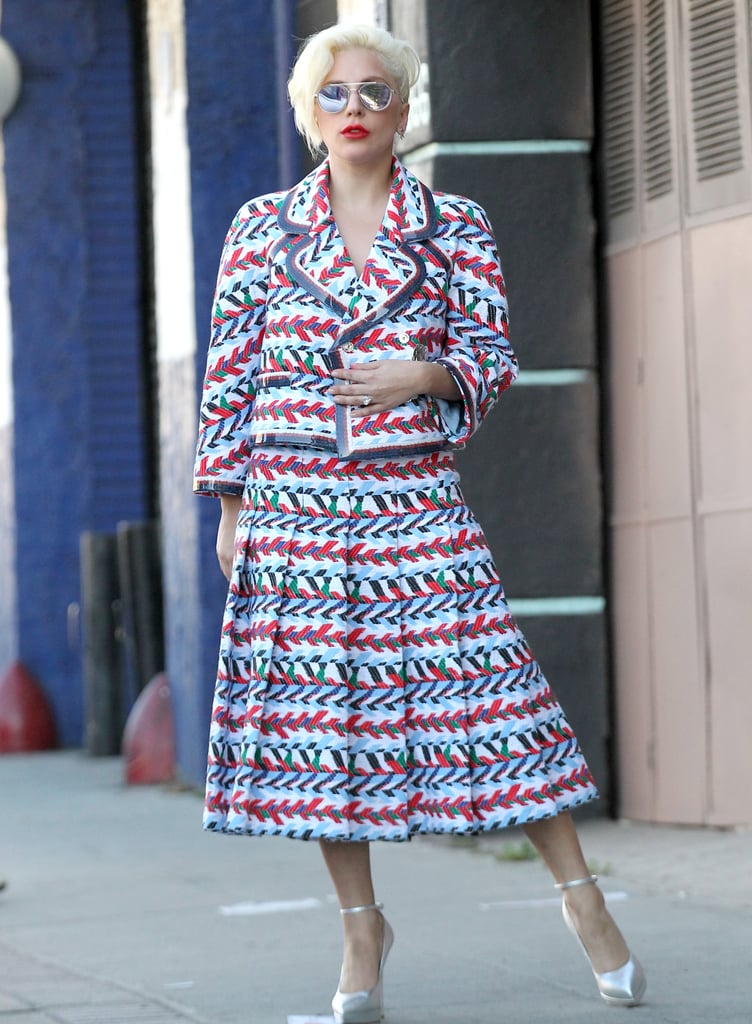 After the Paris attacks, the world immediately began sharing its love and heartache for France via social media: #prayforparis started trending and Facebook photos were filtered with the French flag. But Lady Gaga, a star known largely for her style choices, opted to show her support in a slightly different way, stepping out in a blue, white, and red Chanel suit.

The choice, however small, was a touching one, and she let her fans know where her thoughts were, uploading a close-up of the details to Instagram alongside a French flag emoji. Scroll through to see Gaga's outfit in full, then watch SNL's opening monologue, which was an emotional tribute to Paris.