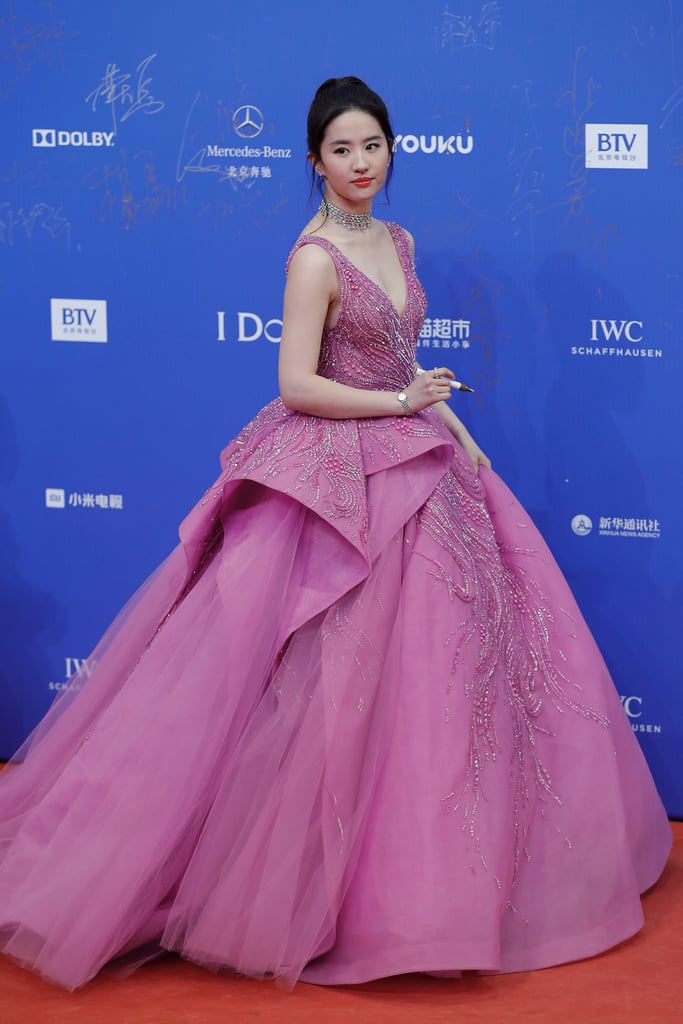 It's No Wonder Liu Yifei Is Playing Mulan; She's Been Wearing Disney Princess Gowns For Years

Get excited, because we have a new style star on the rise. Liu Yifei, who's also known as Crystal Liu, has been chosen to play the lead character in Disney's live-action remake of the hit movie Mulan. The 30-year-old actress has starred in movies like The Forbidden Kingdom and Outcast, and she beat out more than 1,000 actresses to land the covetable role.

Over the years, Liu has managed to make waves in the fashion world with her Disney-princess-worthy looks. She's even served as brand ambassador for labels like Dior and Tissot. The stunning actress has worn everything from a poofy Zuhair Murad gown to an ethereal Dior dress. Keep reading to have a look at her style over the years.

Related:
Millie Bobby Brown Was a Style Icon From the Start — but in 2017 She Put on a Show
Previous Next Start Slideshow
Join the conversation
Celebrity StyleRed CarpetLiu YifeiCrystal LiuDressesMulanStyle ProfileDisney PrincessesDisney
More from POPSUGAR
From Our Partners
Related Posts

Celebrity Style
Emily Ratajkowski Found a New Way to Show Off Her Baby Bump, and It Screams Emrata
by Nikita Charuza 6 hours ago