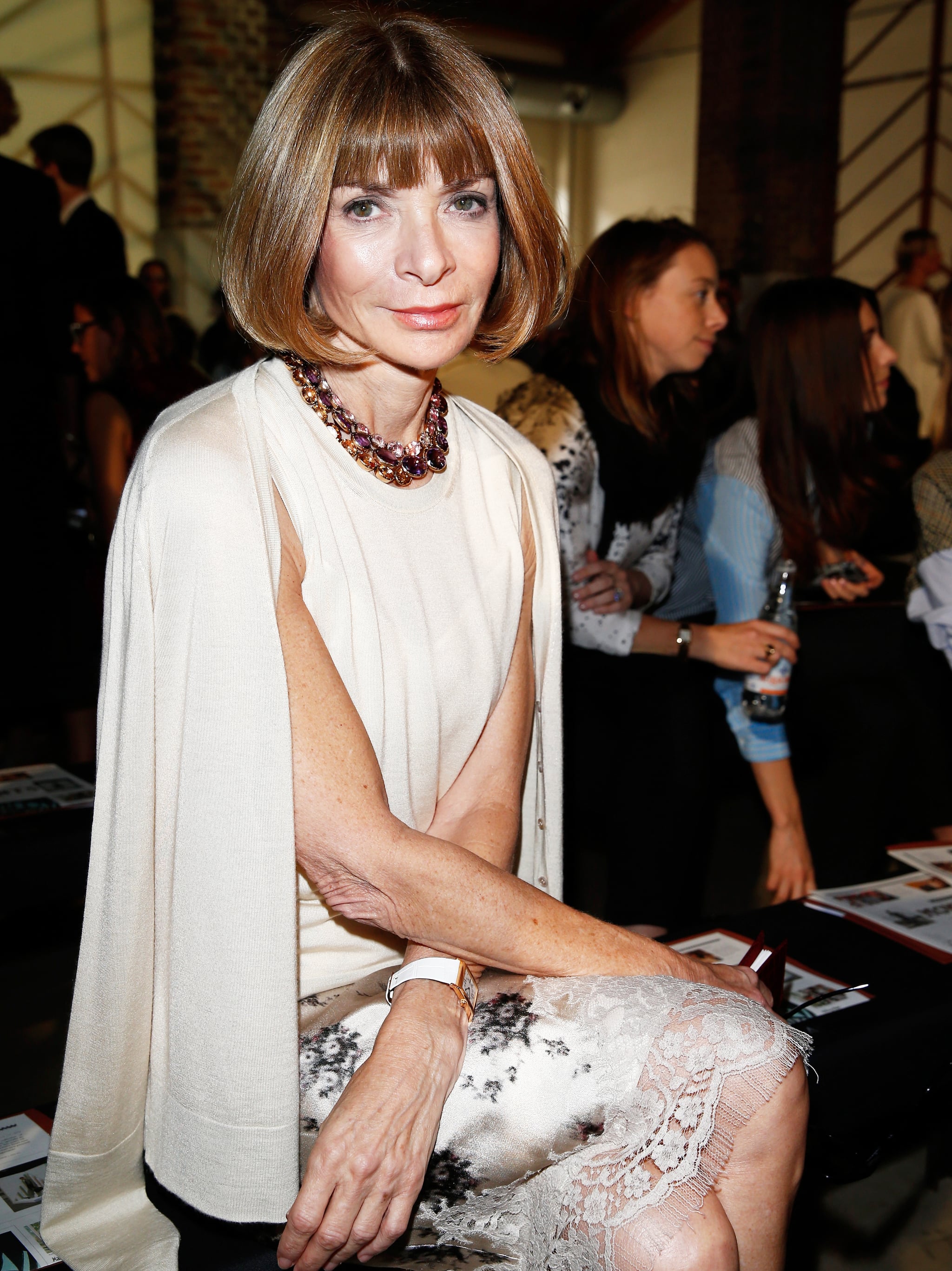 Anna Wintour's name was already going to go down in history, but the Metropolitan Museum of Art just announced that it's essentially going to be carved in stone too. When the Met's Costume Institute re-opens in May with an exhibit on designer Charles James, it will be renamed the Anna Wintour Costume Center. It's a tribute that will only further cement the editor's place as the most powerful woman in fashion, and the honour is certainly well deserved.

Wintour has raised nearly $125 million for the museum in her 14 years as a Met trustee, and she also helped bring in the center's $40 million toward renovation costs. The annual Met Gala, which celebrates the center's annual exhibit, might as well be called Anna's Party. "Anna Wintour's extraordinary advocacy and fundraising have made this state-of-the-art space a reality," said Museum chairman Daniel Brodsky in a statement. "She has the rare ability to rally diverse groups across a wide range of industries to support the Costume Institute, so it can educate and inspire visitors from around the world."

This accolade is no small potatoes compared to Wintour's other achievements. Last March, Condé Nast named her its artistic director amid speculation that her fundraising efforts for President Obama's re-election campaign would earn her an ambassadorship. That rumour didn't turn out to be true — but does it matter now that there's a cherished museum department named after her?