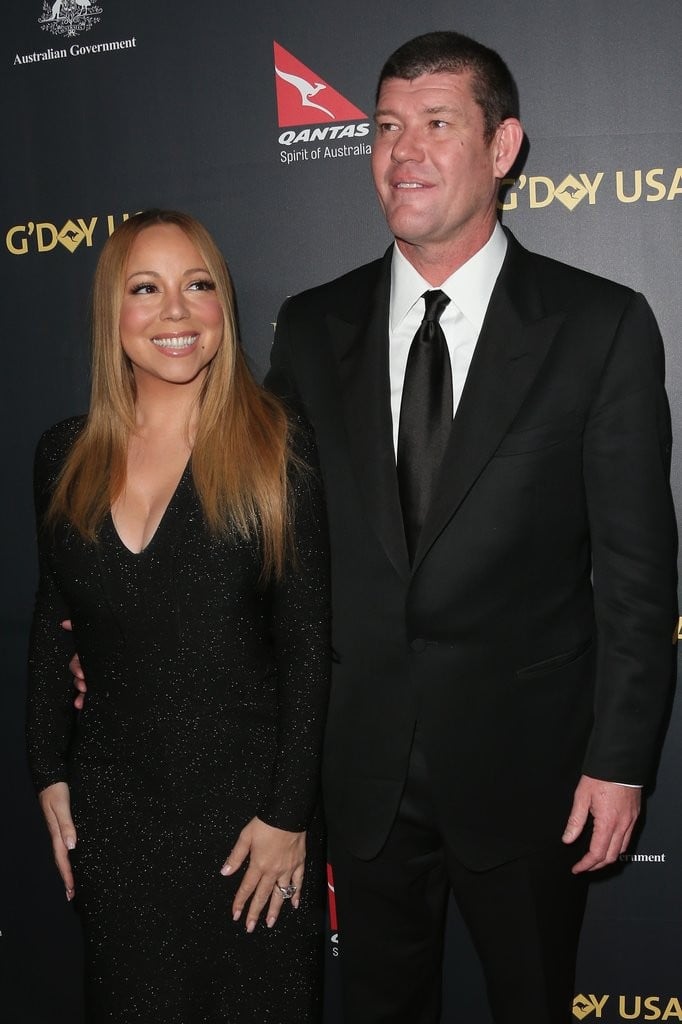 Update: Since breaking things off James Packer back in 2016, the world has been wondering what would happen to Mariah Carey's 35-carat engagement ring. Mariah reportedly sold her massive rock to a LA jeweler for $2.1 million. A rep for the singer told People that she's "leaving emotional and material baggage behind, including an old engagement ring from an ex-boyfriend." Keep reading to take a look back at the gorgeous engagement ring.

Original post: "Sweet, sweet fantasy, baby!" Those Mariah Carey lyrics were some of our first thoughts upon viewing the singer's engagement ring — correction, massive engagement ring — which was given to her by her boyfriend, James Packer.

While the two have only been dating since last Summer, the Australian businessman decided to make it official with a 35-carat diamond and platinum ring designed by Wilfredo Rosado, a long-time friend of Mariah's. And if you can't tell by the photos (which you should probably view from afar, given all that shine), it's one of the largest rocks we've seen to date. Almost, says Vogue, as big as Kim Kardashian's and Beyoncé's engagement rings combined. (OK, Kanye West. Your move.)

While we patiently wait for that "I'm engaged!" pic to pop up on Mariah's Instagram, take a look at the fancy piece of jewellery ahead. We'll be over here, daydreaming about having it on our own ring finger.

Music
Ooo, Bébé! This Schitt's Creek "All I Want For Christmas" Music Video Is a True Masterpiece
by Karenna Meredith 15/12/20
Latest Fashion
×