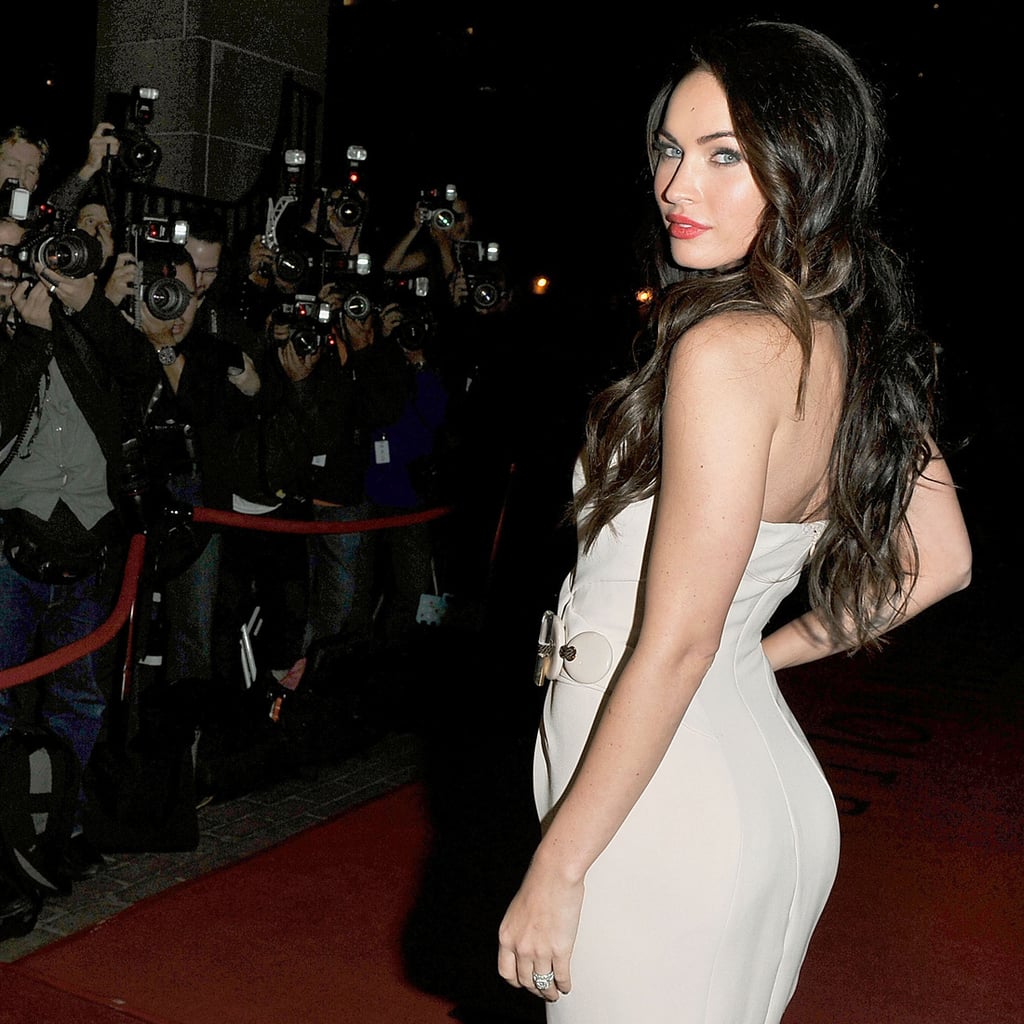 In 2001, Megan Fox made her acting debut alongside — then teen queens, now sartorial royalty — Mary-Kate and Ashley Olsen in Holiday in the Sun. With her cascading raven-hued locks, piercing baby blues, and a body that just won't stop, Hollywood proved no match for Fox's dark and dangerous sexiness. In 2007, the brunette stunner solidified her bombshell status with Michael Bay's Transformers franchise, earning her the No. 1 spot as FHM's sexiest woman in 2008. Over the years, Megan has put in some serious (perfectly toned) leg work, treating us to an array of sultry red carpet fashions.

Gather some major date-night inspiration — and celebrate Megan's 29th birthday — with an all-angles look at Megan's 11 most sizzling red carpet styles. You and your boyfriends/husbands can thank us later.