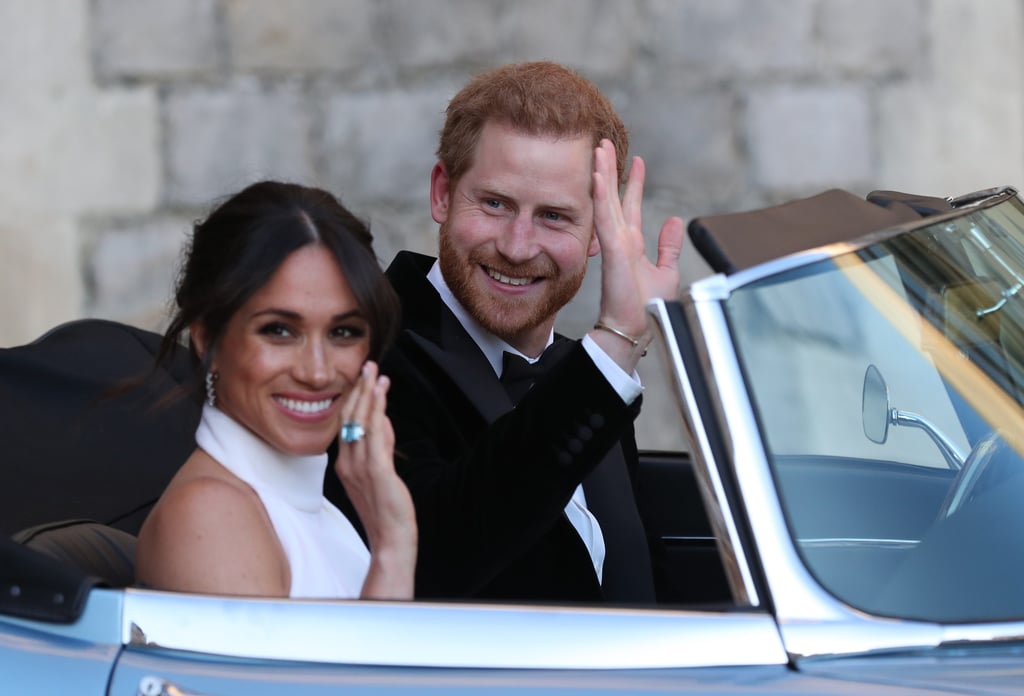 Meghan Markle drove off to her evening reception at Frogmore House with Prince Harry in a blue Jaguar. The newlyweds were glowing, but that was in part thanks to Meghan's flashy bauble: a baby-blue, square gemstone that glowed from her right ring finger and belonged to Princess Diana. (Princess Diana wore the same ring at a public outing in October 1996, a benefit dinner in Australia.) Was this her "something blue" and something borrowed? It certainly appears that way.

Some might say it accessorised her bespoke Stella McCartney party dress and blue-painted Aquazzura heels, but we think the opposite — the gown helped accessorise the jewel. After all, this gleaming rock outshines Meghan's engagement ring and wedding band (although, let us just say, they really do make for the perfect everyday pairing). Ahead, zoom in on Meghan's dream of a ring and see Princess Diana wearing it in 1996.

Summer
Kylie Jenner's Lime-Green Coat Is Eye-Catching, but How Cute Are Stormi's Sneakers?!
by Nikita Ramsinghani 1 week ago

Summer
Bella Hadid Teases a Secret Tie-Dye DIY Project, and I'm First in Line For Her Tees
by Sarah Wasilak 1 week ago

Summer
If You Think Lizzo's Bright Bikini Is Sexy From the Front, You Aren't Ready to See the Back
by Karenna Meredith 1 week ago