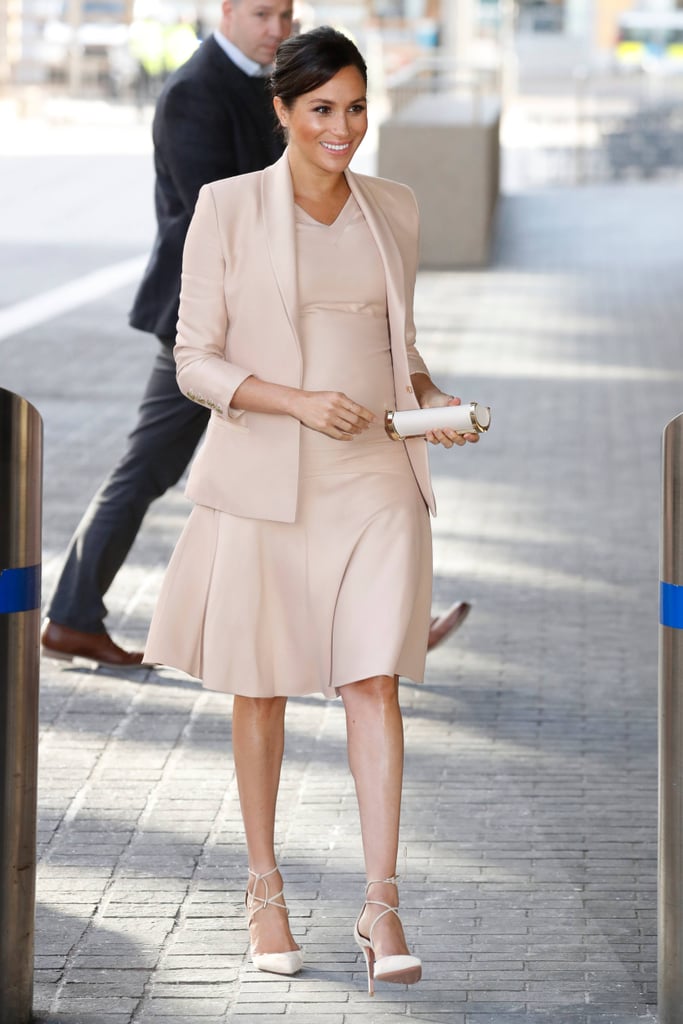 Meghan Shopped the Runway For Her Latest Royal Look

Meghan Markle has spent most of January visiting the organisations she is now patron of, and on Wednesday she continued this work as she paid a visit to the National Theatre in London. Queen Elizabeth II handed down the patronage to Meghan earlier this year, obviously recognising that the former actress would be perfect for this particular role. As Meghan stepped out on a very wintry day in the British capital, she wowed us once again in a pale pink Brandon Maxwell look (a slightly modified version of a look from the designer's Spring 2019 show), with Aquazzura heels and a gold-trimmed box clutch by Carolina Herrera.

Meghan's been making waves with her savvy fashion choices of late, be it the $35 H&M maternity dress she wore while cuddling puppies, or the bold red and purple look that made her stand out on a trip with Prince Harry. This latest look is yet another in a long line of chic maternity looks. Get a closer look ahead at the whole outfit on Meghan (and on the runway) ahead, then shop those chic shoes, plus some similar items, for yourself.