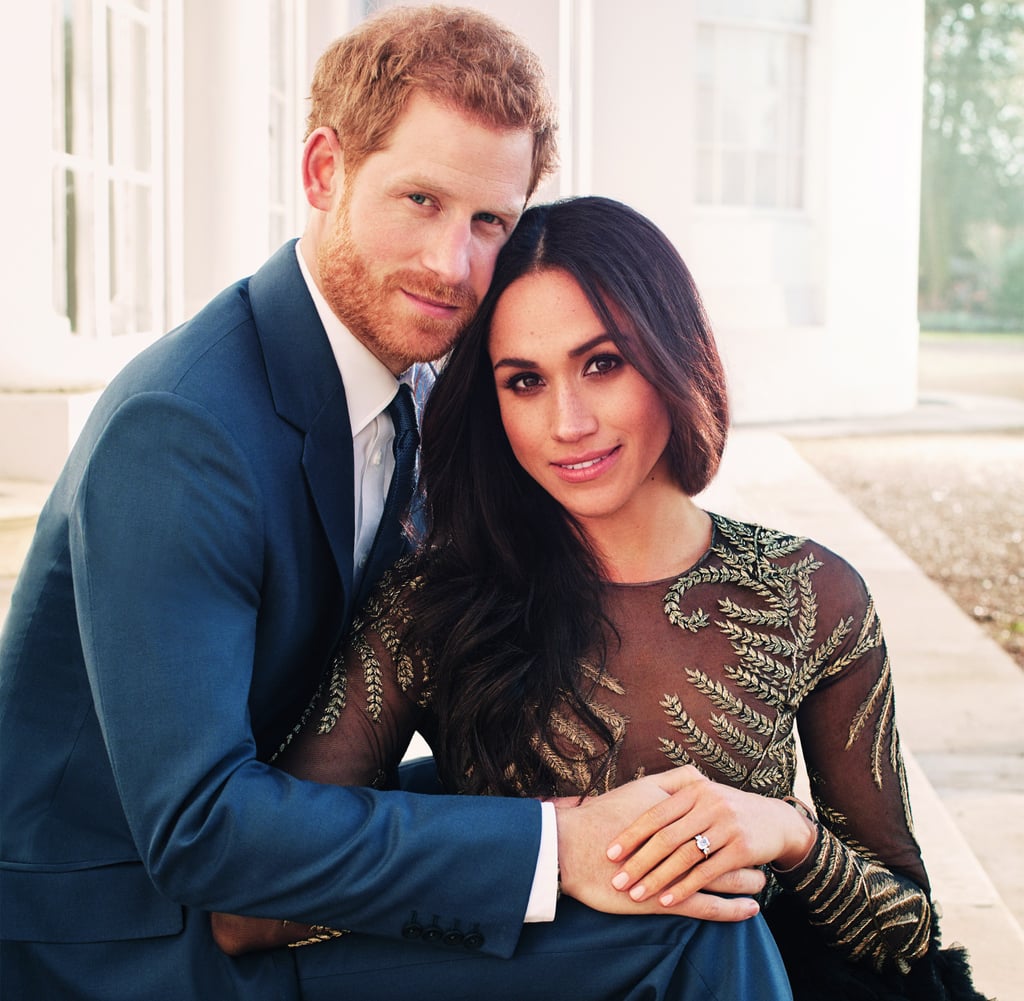 Prince Harry and Meghan Markle recently released a pair of gorgeous new engagement photos, and we couldn't help but be instantly drawn to Meghan's choice of a sheer, embroidered gown for one of the snaps. The dress in question comes from British couture house Ralph & Russo, and is rumored to be worth a whopping £56,000 (almost $97,000).

We love that she took advantage of the opportunity to have a proper princess moment in couture, but Meghan's choice of designer also shows how savvy she is; this was the perfect opportunity to show off a rare piece of British couture. Ralph & Russo has the honour of being the first British brand in almost 100 years to be elected to show on the official schedule at Paris Haute Couture Week.

Take a closer look at the dress ahead, accessorised accordingly with her one-of-a-kind engagement ring, then shop similar versions of her ensemble, and be sure to read up on the details about Meghan's ivory sweater, which she wore for the black and white photo that was released. 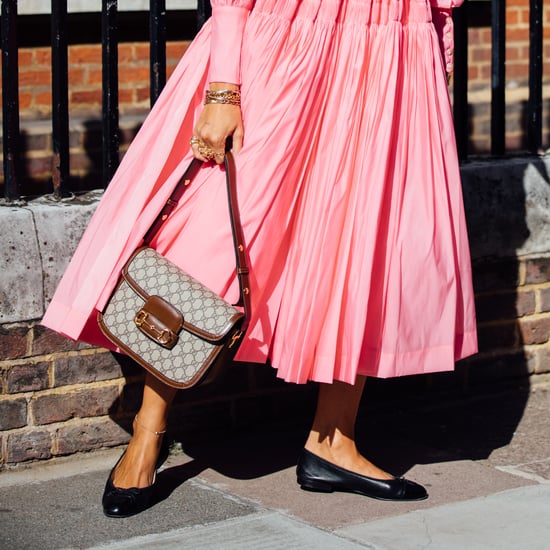 Fashion Shopping
These Comfortable Springtime Flats Are All on Sale This Weekend, So Get 'em ASAP
by Macy Cate Williams 11 hours ago 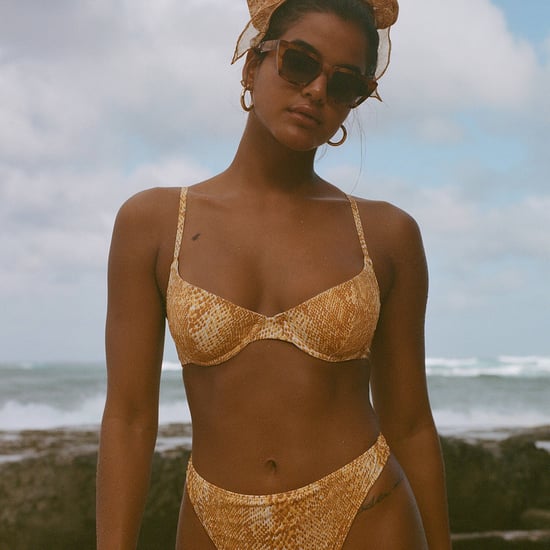 Summer Fashion
Finally, We Found 17 Sexy Bikinis That Don't Cost a Penny Over $100
by Krista Jones 12 hours ago 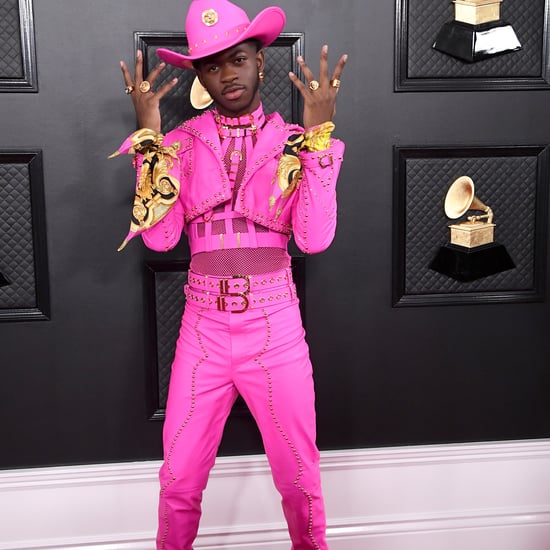 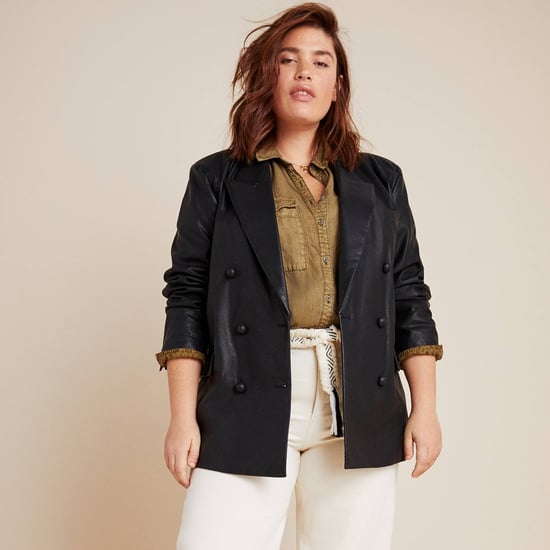 curve fashion
Leather Jacket Season Is Coming, and These 9 Picks Are Perfect for Women With Curves
by India Yaffe 14 hours ago 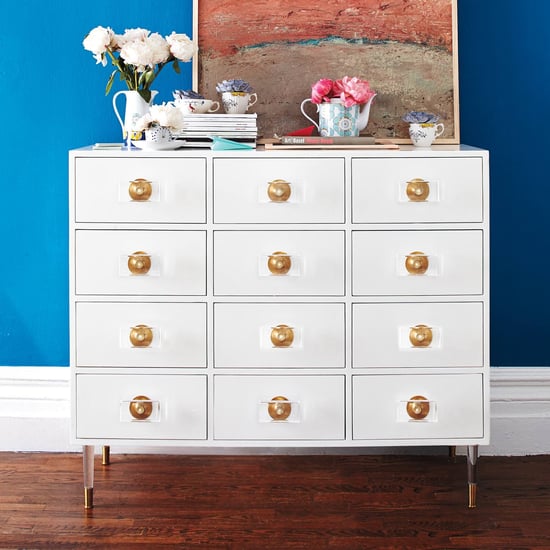 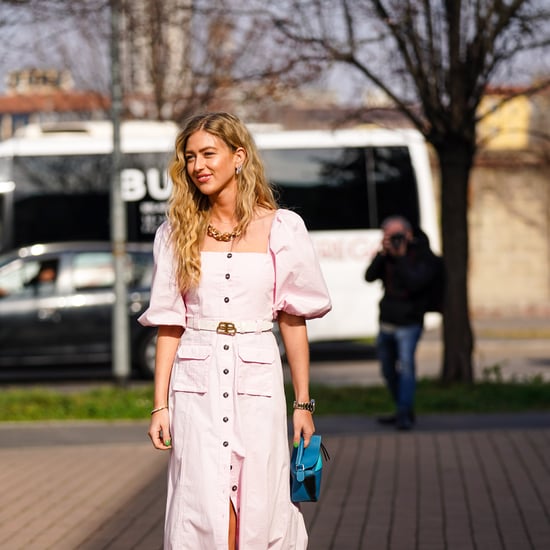 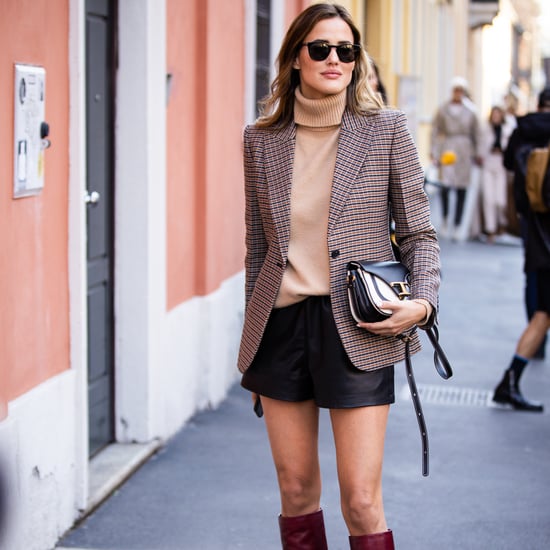 Fashion Shopping
I've Spent All Winter in One Going-Out Outfit; Now I'm Bringing It Into Spring
by India Yaffe 17 hours ago 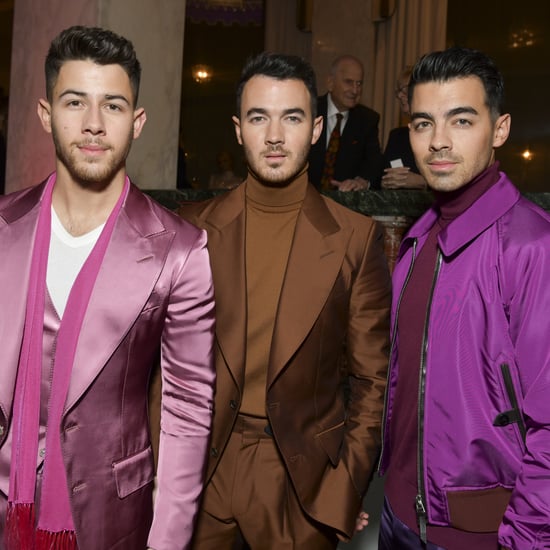 Celebrity Style
Looks of the Week: The Jonas Brothers Look Mighty Fine in These Matching Silk Suits
by Nikita Ramsinghani 18 hours ago 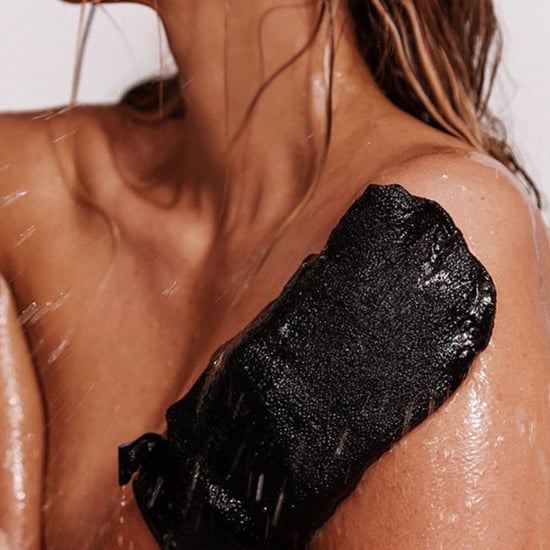