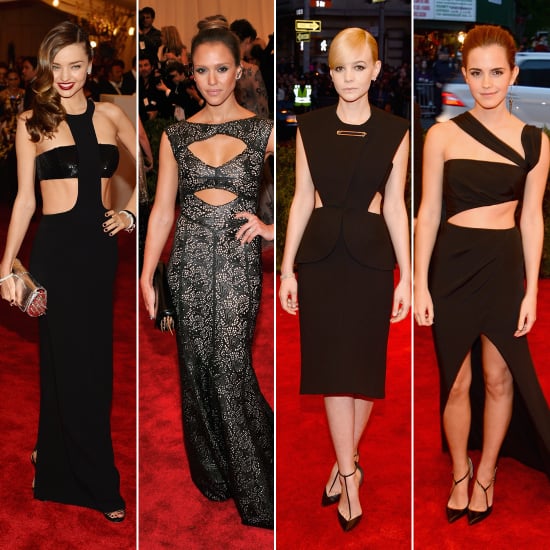 In the past, punk felt a bit more synonymous with grunge than sex bomb, but last night's Met Gala was ready and willing to change that notion. A slew of starlets stepped out in cut-out gowns that flashed patches of skin for a sultry sizzle. Carey Mulligan toyed with the idea in a Balenciaga gown that revealed her waist, while Jessica Alba picked a sparkling Tory Burch number that put the attention front and centre, courtesy of open patches above and below the bust. Miranda Kerr showed off most of her top half with a Michael Kors T-bar column dress, and Emma Watson felt the punkiest of all in a Prabal Gurung pick that looked slashed at both the shoulder and waist. So, when all's said and done, which sexy cut-out look was your favourite of the night?

Award Season
Megan Thee Stallion Wears a Lime Green Area Minidress, and It Sure Is Electrifying
by Sarah Wasilak 4 days ago