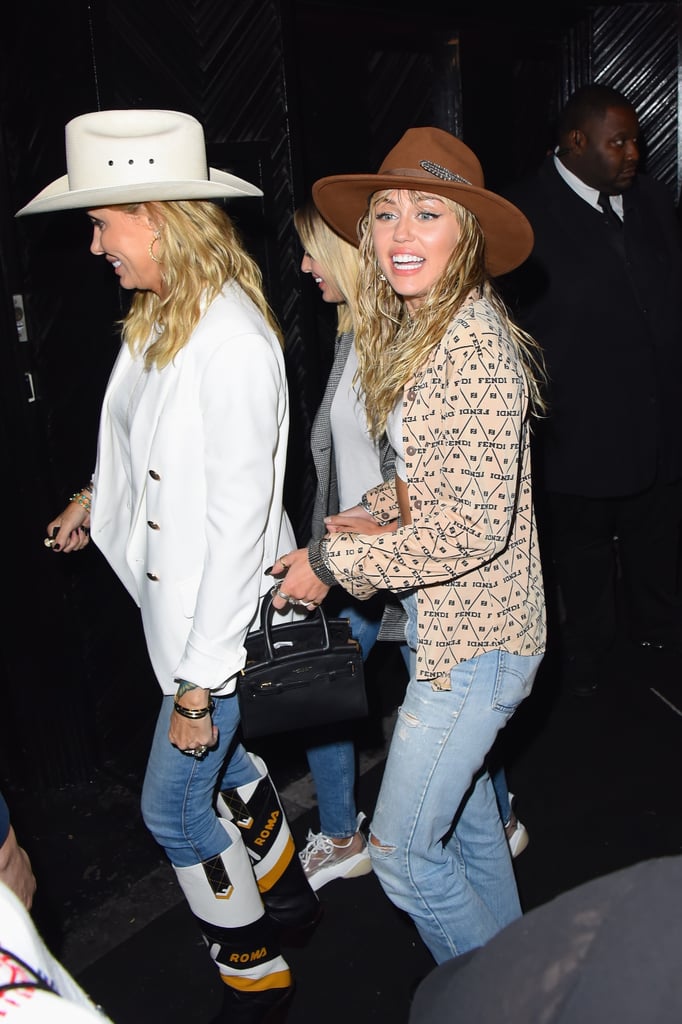 Miley Cyrus was quick to switch things up after her emotional performance at the MTV Video Music Awards on Aug. 26. Hours after hitting the stage in a backless black mini dress to perform her new song, "Slide Away," at the award show, the 26-year-old kept her look casual when she stepped out with her mom, Tish Cyrus, and new love interest, Kaitlynn Carter, to head to an after party.

Miley hit the streets of New York City wearing ripped blue jeans, sneakers, and a Fendi button-down shirt that she wore over a white crop top. She finished her look with a brown cowboy hat that was similar to the white one her mum also wore for the night. Read ahead to see the singer's look from all angles.