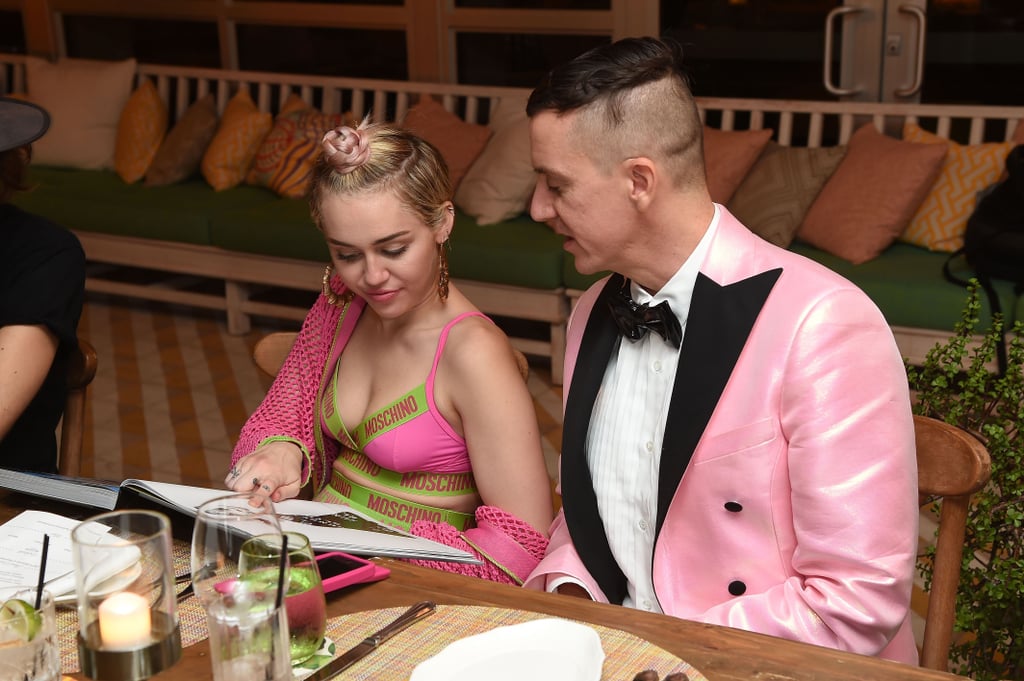 We've had ample time to speculate about Miley Cyrus and Liam Hemsworth's wedding — namely, who will design Miley's dress and what will it look like? Could it be the ultimate boho bridal creation? Or will the singer surprise us with something altogether non-traditional?

When we caught up with Miley's longtime friend, designer Jeremy Scott, at New York Fashion Week, he shared his own vision for Miley's wedding dress. "The one thing about Miley that I love is that she's this mix between being a hippie, very earthy, but still very flamboyant, colourful, and glamorous. I think you would have to combine all those elements together, which I could do, of course. It would almost be a mix between a sparkling rhinestone with Swarovski crystals, but also playful at the same time. Somehow earthy at the same time. Maybe she'd be barefoot. It would be long, because she still loves drama."

Given the pair's solid friendship — Miley is frequently spotted on the red carpet in Jeremy Scott and Moschino designs — it seems highly probable that the designer would be on her short-list of wedding dress designer candidates. Until the Big Day, though, our guess is as good as Jeremy Scott's. Keep reading to see Miley and Jeremy's solid friendship throughout the years.