The opening night of the Alexander McQueen: Savage Beauty fashion gala was always going to attract the most stylish crowd, which is exactly what happened on Thursday night in London. British actors, models, musicians, royals and personalities gathered at the V&A Museum for the launch of the exhibition, which first showed at the Metropolitan Museum of Art in New York after it was the theme for the 2011 Met Gala.

Kate Moss, who features in the exhibit, arrived hand-in-hand with her husband Jamie Hince, and drew all the attention in her sexy, sheer and lace McQueen outfit. Poppy Delevingne and Mary Charteris also opted for very bold and sheer choices, while Naomi Campbell was in a feathery mood. Not to be outdone, musician FKA Twigs (minus her boyfriend, Robert Pattinson) took her feathers to the next level, while Victoria Beckham showed skin through cut-outs in her dress.

Keep reading to see what more of the guests wore!

Models
Halima Aden on Diversity in the Modelling Industry: "This Isn't a Trend . . . These Women Are Here to Stay"
by Sarah Wasilak 9 hours ago

Award Season
Don't Miss Out! Here Are 50 of the Very Best Pictures From This Year's Emmys
by Haley Lyndes 9 hours ago 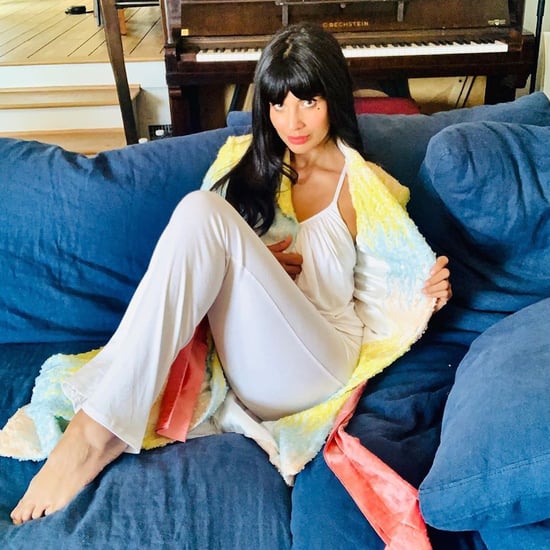 Award Season
Jameela Jamil Is Relatable as Hell For the Emmys, Wearing No Bra, No Heels
by Nikita Charuza 1 day ago