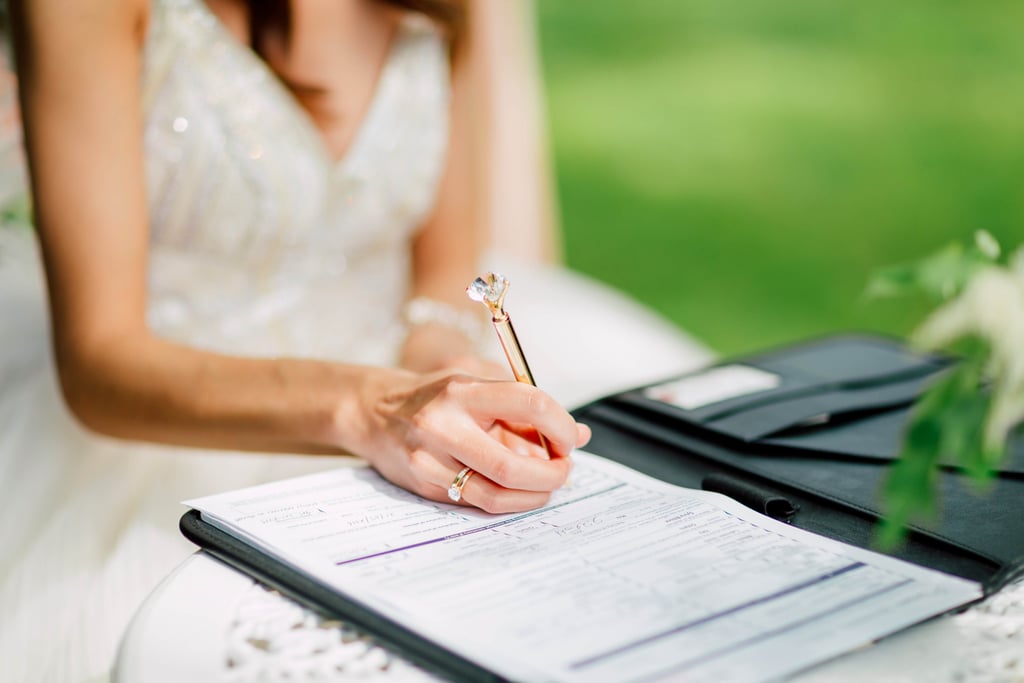 How could we pass up the opportunity to talk to the bride with the most popular engagement ring on Pinterest? After her sparkler went viral, we tracked down Sylvia Billone to get all the juicy details. Sylvia explained how she chose her solitaire and customised it with a jeweller Steven A. Knight and her then-fiancé. Of course, she also revealed what it's like to find out that not just any of your Pinterest photos are going viral, but The Ring is going viral. That's a pretty big effin' deal for a girl who used Pinterest to plan her own wedding.

Unsurprisingly, Sylvia says she felt "very honoured" the moment the re-pins ticked off at 104,000. We aren't surprised so many users are attracted to the rose gold bands highlighted by such gorgeous diamonds (which Cosmopolitan compared to Lauren Conrad's delicate ring). When you scroll through a few of Sylvia's wedding photos, you'll understand exactly why we hung on her every word as she broke down the design and gave us tips for taking photos of our own special piece.

Fashion Trends
How to Turn Any Purse Into a Backpack, Because TikTok Hasn't Already Taught Us Enough
by Sarah Wasilak 7 hours ago

Fashion Trends
Juicy Couture Relaunches Its Website With Velour Tracksuits — Paris Hilton, Are You in on This?
by Sarah Wasilak 16 hours ago