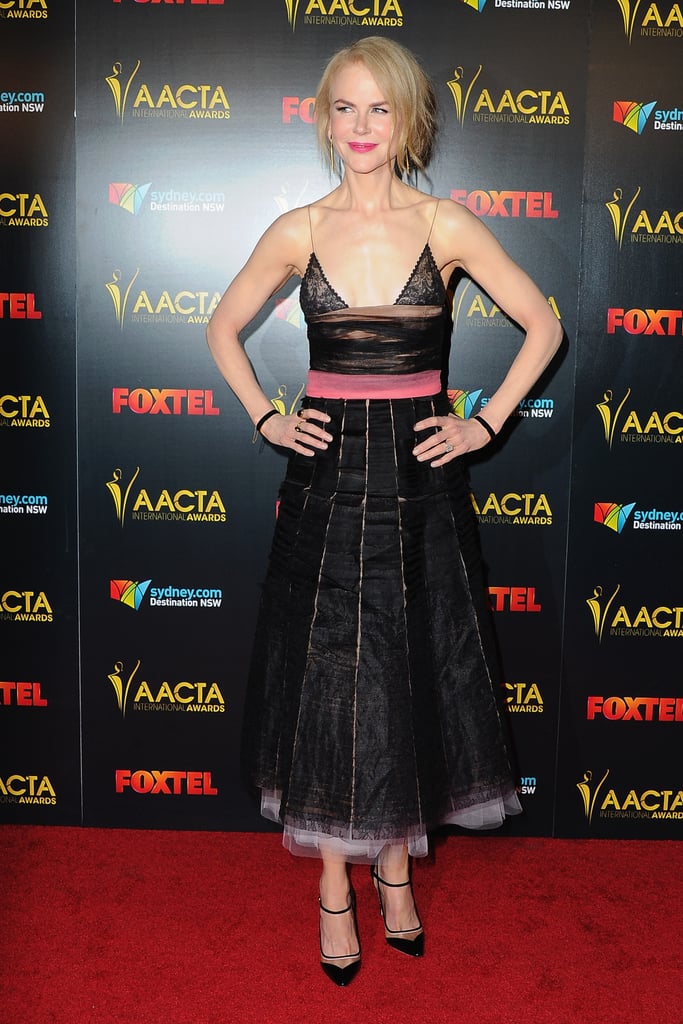 Nicole Kidman's Dress Is Basically Defying Gravity Right Before Your Eyes, or So It Seems

If you were hiring Nicole Kidman based on her red carpet resume, the chameleon would probably throw you for a loop entirely. Who is she? A goddess? A rockstar? A movie star? A sex kitten? She can pull practically anything off with her model-esque stature, and so she does. She wears a range of designers, looks that are ethereal and whimsical, then slick and body-hugging. But after all that, we were starting to get the hang of it, expecting her award season style to stick to favourites like Gucci and Dior.

That's when she threw us a curve ball: a tulle creation from Rochas at the AACTA Awards, a preamble for Monday's Golden Globes. It got a hint of sweetness from a bit of pink and its fit-and-flare shape, but also a hefty dose of sexy thanks to a bra-like top that looked as if it was almost a separate piece entirely, with a strapless dress hitting right beneath it and seemingly hanging within an inch of its life. So, if upon first glance, you thought Nicole was dangerously close to a wardrobe malfunction, you weren't alone. Read on to see the look in full, and breathe a sigh of relief knowing it was all just an illusion.

Fashion Trends
Storm Reid Loves Her Cherry-Red Pantsuit So Much, She Put on Beyoncé to Mark the Occasion
by Chanel Vargas 4 days ago

Celebrity Style
Harry Styles and Rachel Green Own the Same T-Shirt — Don't You Want One, Too?
by Sarah Wasilak 4 days ago
Latest Fashion
×