The gorgeous Malgosia Bela fronts the Spring '11 ad campaign for Nina Ricci. It's the first campaign creative director Peter Copping has overseen since taking the reins from Olivier Theyskens in 2009. Shot by Inez and Vinoodh, Malgosia is perched on a velvet banquet — is it a nightclub? — looking ultra feminine in an ethereal, frilly dress. According to WWD, Copping had global chicsters Julia Restoin-Roitfeld and Charlotte Casiraghi in mind when visualizing the campaign, saying they are "not sitting at home in a party dress." What do you think of the new Nina Ricci girl? 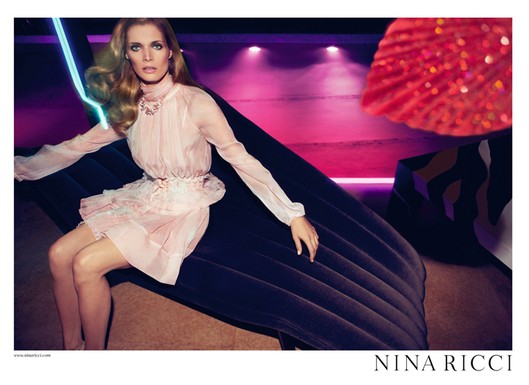