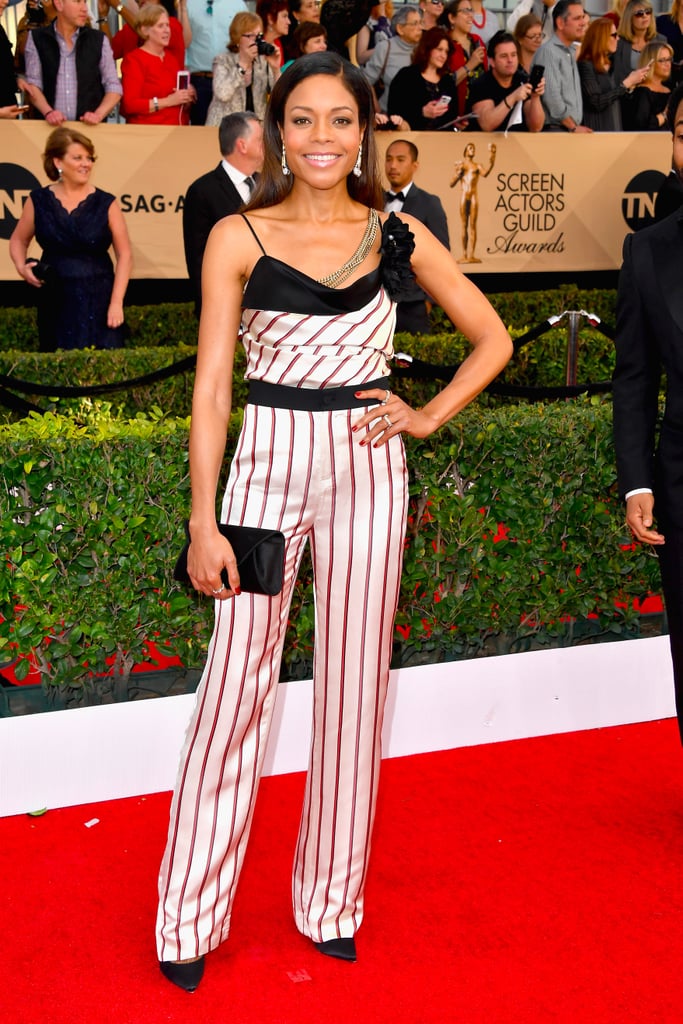 There's a common thread among many of the looks that make it onto the red carpet. At this year's SAG Awards, it was all about crisp white gowns, bold stripes, and pants. The latter, however, is probably the most powerful trend of all. Stars like Evan Rachel Wood are sending a message and empowering women across the country with their outfit choices, which prove that every woman has the power to define her own version of self-expression through fashion.

It's more important now than ever that celebrities use their platform to challenge gender norms and remind their fans to fight the pressure to look a certain way. Read on to see the women who sported pants on the SAG Awards red carpet with style and grace.

Celebrity Style
Billie Eilish Stresses Over the Colour of Her Sneakers, and It Will Make You Crack Up
by Sarah Wasilak 18 hours ago