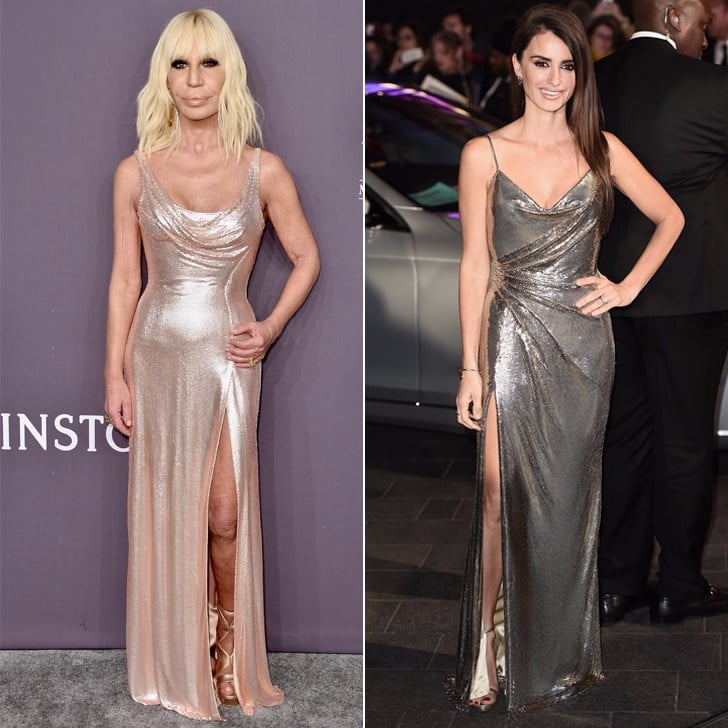 Why Penélope Cruz Was Destined to Play Donatella Versace

It was recently announced that Penélope Cruz will play Donatella Versace in the upcoming season of American Crime Story centered on the tragic death of Gianni Versace. Despite initial reports that Lady Gaga would play the late designer's beloved sister, this new casting announcement actually makes a lot of sense.

Why exactly? For over a decade now, Penélope has shown her love for the iconic Italian fashion brand at numerous red carpet appearances. She's worn Versace to the Academy Awards several times and was even wearing a gown from the brand to the Vanity Fair afterparty the year she won an award for Best Supporting Actress. So, while Lady Gaga has a closeness with Donatella, this decision is entirely random either.

Ahead, check out some of Penélope's many red carpet Versace looks.

Fashion Trends
Storm Reid Loves Her Cherry-Red Pantsuit So Much, She Put on Beyoncé to Mark the Occasion
by Chanel Vargas 4 days ago
Latest Fashion
×