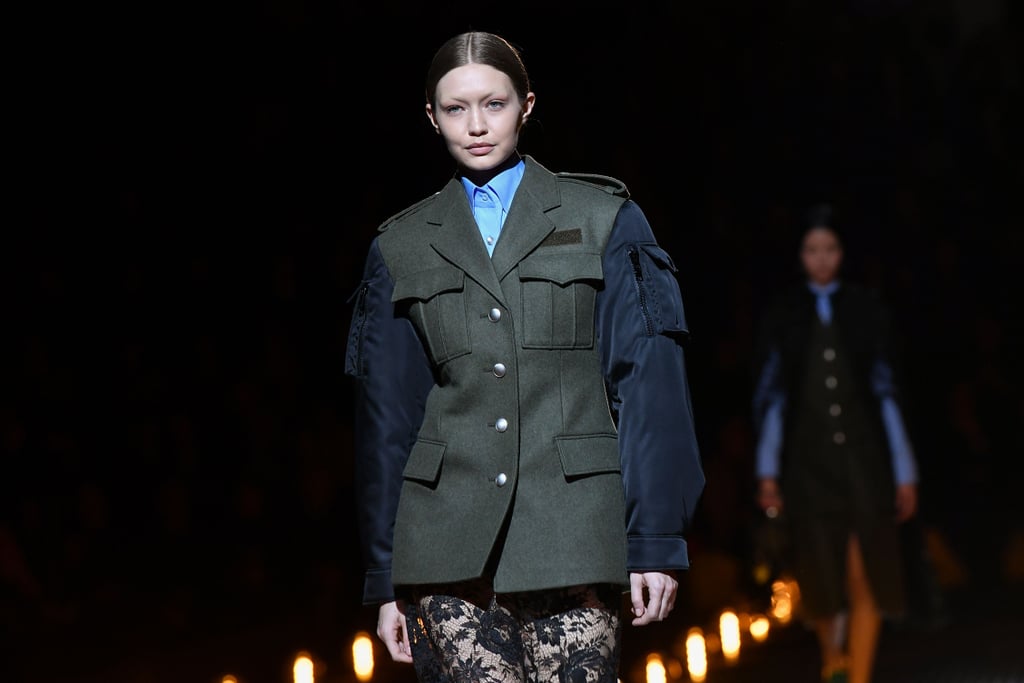 Part Goth, teenage rebel, part '50s housewife, and utilitarian explorer, Miuccia Prada's Fall 2019 lineup proves she can dress anyone. That's not to say her collection lacks direction — the saying "there's something from everyone" applied here isn't a knock on her creative prowess, but rather points to the fact that Prada is one of the few designers who creates clothes women want to wear. This season, that look is at once Gothic and angsty, and womanly, reimagined. Her take on the hallmarks of these dressing tentpoles, combat boots at the core of Goth wardrobes and '50s-feeling sheath dresses that defined an entire era of woman's wardrobes are delivered with delightful new details. Clunky boots were finished in pink and red patent and in some cases, given cargo pockets fastened around the ankles. (Gimicky? Maybe, but as a new mom, I'm always — and desperately — seeking additional storage pockets.)