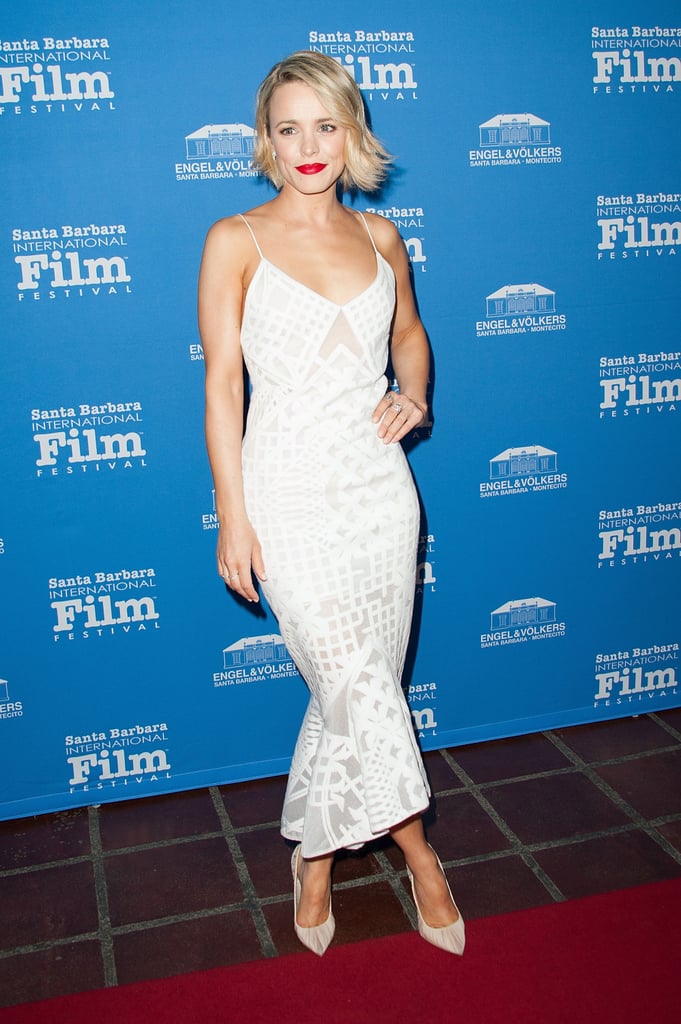 Rachel McAdams is on a style roll. She's making the award season rounds to support her turn as journalist Sacha Pfeiffer in Spotlight, wowing in Elie Saab at both the Screen Actors Guild Awards and the Critics' Choice Awards.

Friday night brought yet another high-fashion look for Rachel, who attended a screening of her film at the Santa Barbara International Film Festival. She selected Jonathan Simkhai's sleeveless bonded burn-out midi gown ($1,295) for the appearance, finishing the look with Christian Louboutin shoes and, of course, diamonds.

What was most surprising about Rachel's look, though, was the style trick she borrowed from none other than Kim Kardashian. Before walking the red carpet, Rachel draped a long pink duster over her shoulders — a move pioneered by Kim herself. Read on to see close-ups of Rachel's winning look.