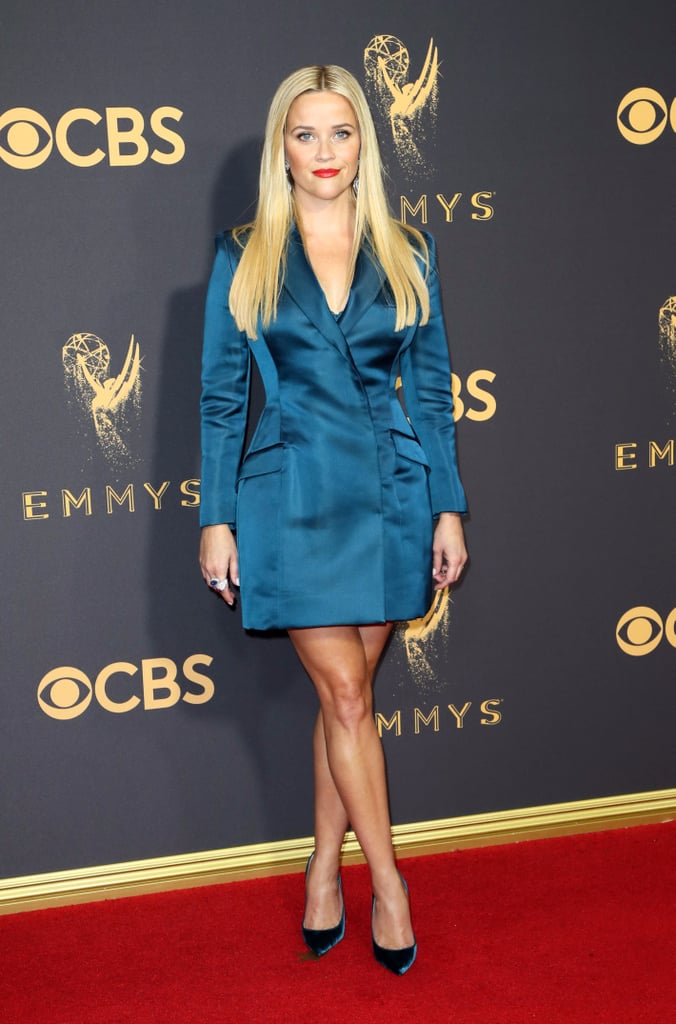 Reese Witherspoon's Emmys Dress Has Everyone Dreaming Up the Wildest Comparisons

Reese Witherspoon wore a teal satin blazer dress on the 2017 Emmys red carpet, and the internet compared it to some of her famous movie characters' looks. First, people thought the star's Stella McCartney dress looked like a teal version of Madeline's — her Big Little Lies character — Holly Golightly costume.

Later, we saw everyone comparing her dress to the green wrap sweater that her Legally Blonde character, Elle Woods, wore during her first day at Harvard Law School. Keep reading to have a look at all of the outfits, and then let us know what you think. 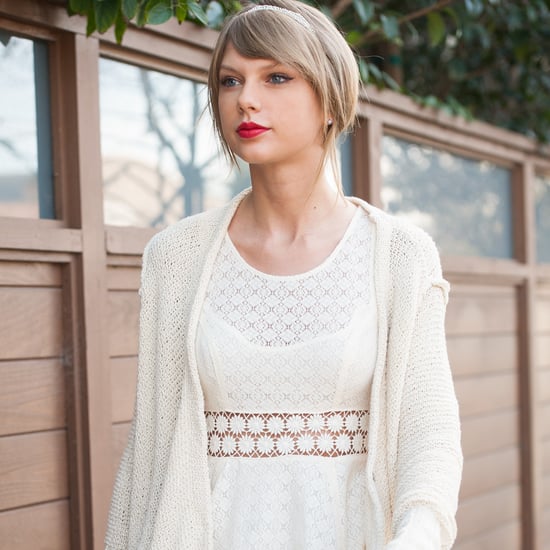 Wedding
Sarah Hyland and Wells Adams Made the Most of Their OG Wedding Date in "Mr." and "Mrs." Face Masks
by Sarah Wasilak 4 days ago

Celebrity Style
The Looks in Cardi B and Megan Thee Stallion's "WAP" Video Are Certifiably Chic, 7 Days a Week
by Brea Cubit 5 days ago