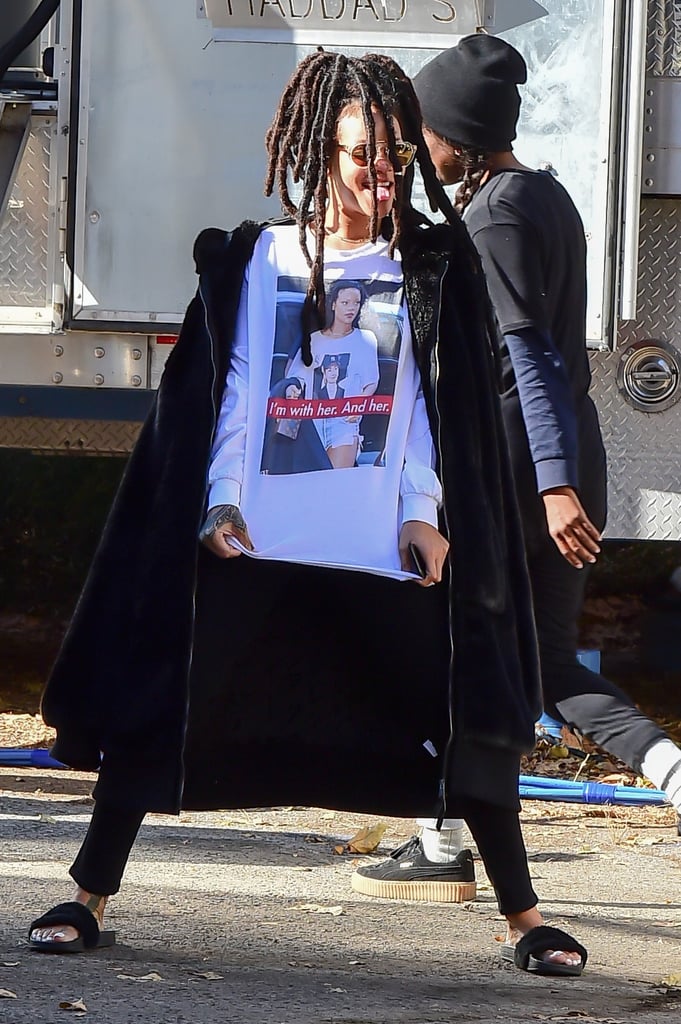 Stars from Anna Wintour to Rihanna weren't afraid to take a definitive political stance in this year's elections, rocking their Hillary Clinton gear leading up to the polls. But, it was Rihanna's Hillary tee we all kept our eyes on. In a meta move, Base DTLA turned a paparazzi photo of the singer in her shirt into a shirt with the crafty slogan, "I'm with her. And her."

It wasn't long before the popular item made its way into Rihanna's hands, who was spotted wearing the top while filming Ocean's Eight and even snapped a selfie of her in it. Though Hillary won't be our next president, Rihanna's two shirts have become so iconic, it's impossible to not give them a second glance — or snag one yourself. Scroll on to see how Rihanna showed her unwavering support for Hillary and then if you wish, shop the same tees.