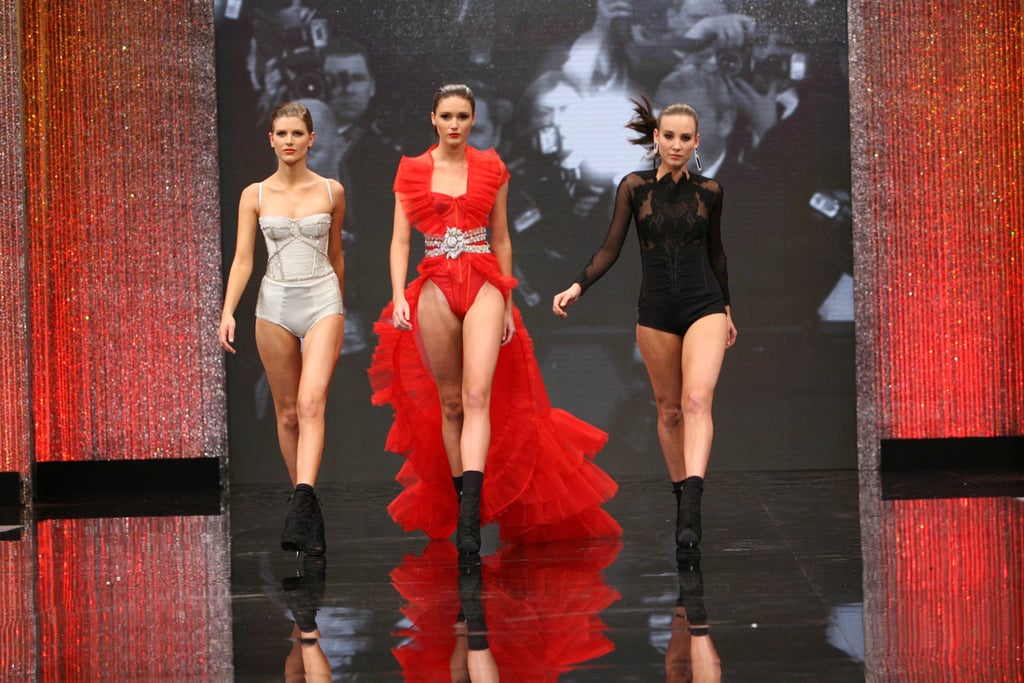 Alrighty, let's put aside the winner kerfuffle for one teeny weeny moment and zone in on the night's celebrations, shall we? The three finalists were joined on stage by ex-contestants including Jess, Joanna and Kathryn, who all paraded pieces by designers Elliot Ward-Fear, J'Aton and Alex Perry down the runway. Host Sarah Murdoch and judge Charlotte Dawson were also decked out in Alex Perry gowns, with Sarah choosing a sleek asymmetrical black-style and Charlotte in a metallic embellished number. The live finale also included included glimpses of past episodes, a sneak peek at the three Harper's Bazaar covers and a star-studded party concluding the event for 2010. Step inside to see all the catwalk, backstage and behind-the-scenes party shots from the Australia's Next Top Model finale.