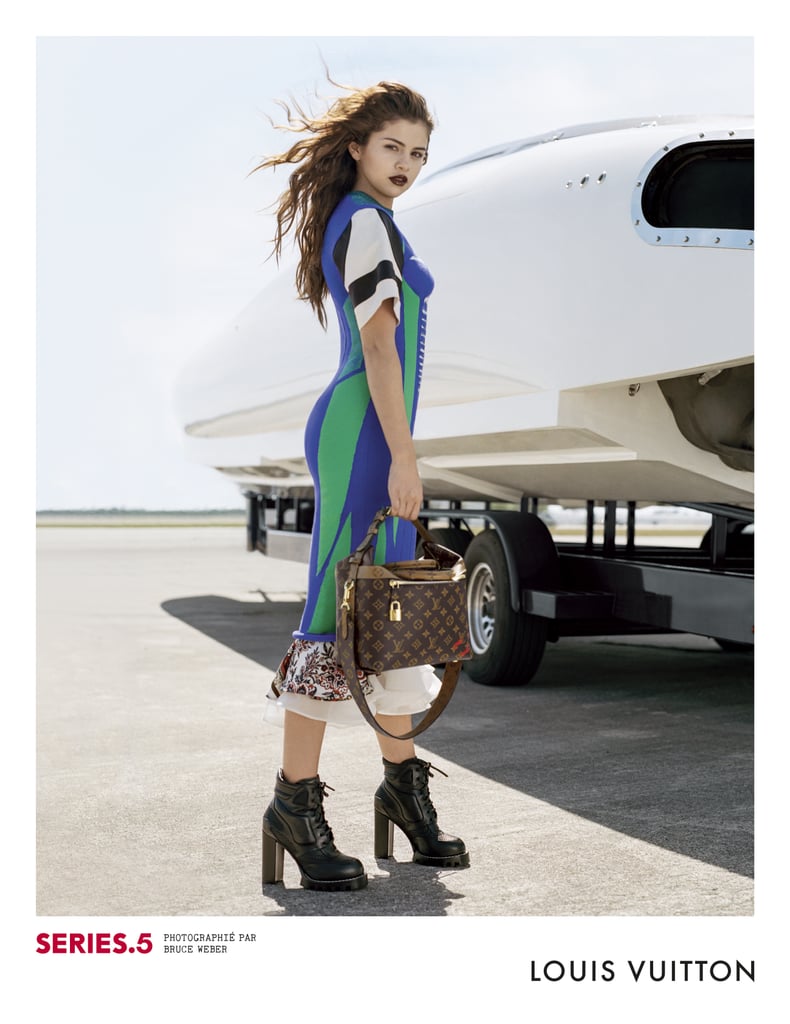 If we didn't know it was Selena Gomez starring in these Louis Vuitton ads, we probably wouldn't have recognized the singer and actress. Selena, who has a strong friendship with LV's creative director, Nicolas Ghesquière, and has been wearing the brand's designs to some of the most important red carpets this year, looks sultry and straight-up badass as she models the new Autumn-Winter 2016 collection in a campaign called Series 5.

Showing off her toned abs in two of the photos, taken by iconic photographer Bruce Weber, and with her hair in loose, disheveled waves, this campaign marks an edgier moment in Selena's already super-sexy year.

"We did the shoot in Miami and it was incredibly laid back. [Nicolas and Bruce] are very passionate and enthusiastic about their work. Wearing Vuitton makes me feel strong and confident. Nicolas knows how to make a woman feel good about herself," Selena said in a press release accompanying the launch of the campaign. Scroll ahead to check out more photos of Selena, then watch her first Spanish-language commercial for Pantene.