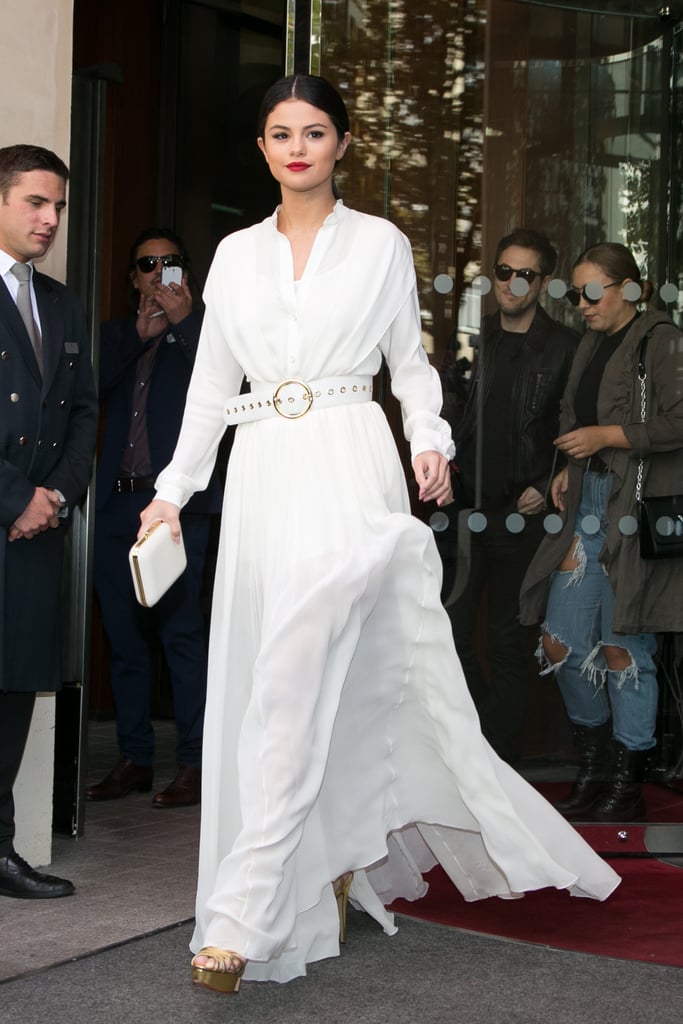 Selena Gomez Is Happier Than Ever, and Here Are the Photos to Prove It

After hosting an exclusive dinner and performance in London, Selena has jetted off to Paris for more European fun — and promotion for her single "Same Old Love" and album Revival. The singer and actress's Parisian trip comes just a few days after the release of her new music video for "Same Old Love" and after revealing in an interview to The New York Times that she always knew Justin Bieber had a comeback in him. It's obvious that Selena and her career are not slowing down — she even stopped by a couple recording studios while in Paris — and she couldn't be happier about it. Keep scrolling to see more pictures of Selena looking amazing in Paris, then remember her incredible London style.

Celebrity Interviews
Selena Gomez Reveals She Voted For the First Time This Year: "Your Voice Matters"
by Monica Sisavat 27/10

Staying Home
Selena Gomez on Manageing Her Depression During Shelter in Place: "I Couldn't Deal With It"
by Chanel Vargas 13/10

Music
Blackpink's Solo Singles Are Bangers, but They Know How to Rock a Collab, Too
by Yerin Kim 02/10