The 3.1 Phillip Lim ensemble Selena Gomez showed off yesterday was floral perfection, but her latest all-black look is slightly more controversial. So we're putting it up to a vote. But first, let's break down her look. The singer-actress stopped by the Late Show With David Letterman in a black trench coat, which she wore as a dress. Then, things took an unexpected turn with the finishing touch of these Brian Atwood black cut-out boots ($1,797.63). Classic chic up top, tough girl on bottom. But that's not all! Selena then threw in another surprising twist via a gold bindi on her forehead (which we saw her previously sport onstage at the MTV Movie Awards). Take a good look at Selena's entire ensemble, then tell us: do you approve? 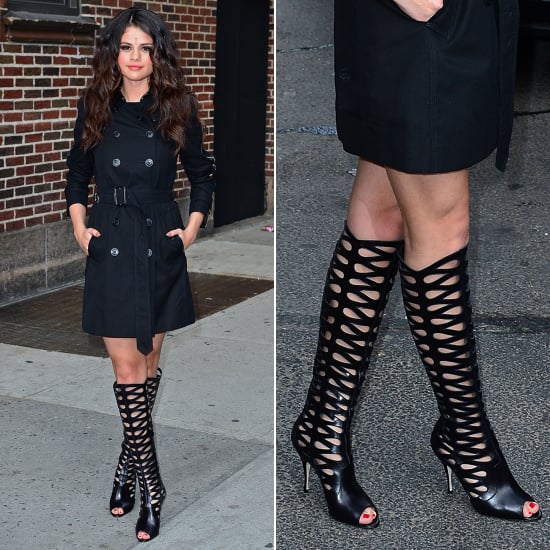