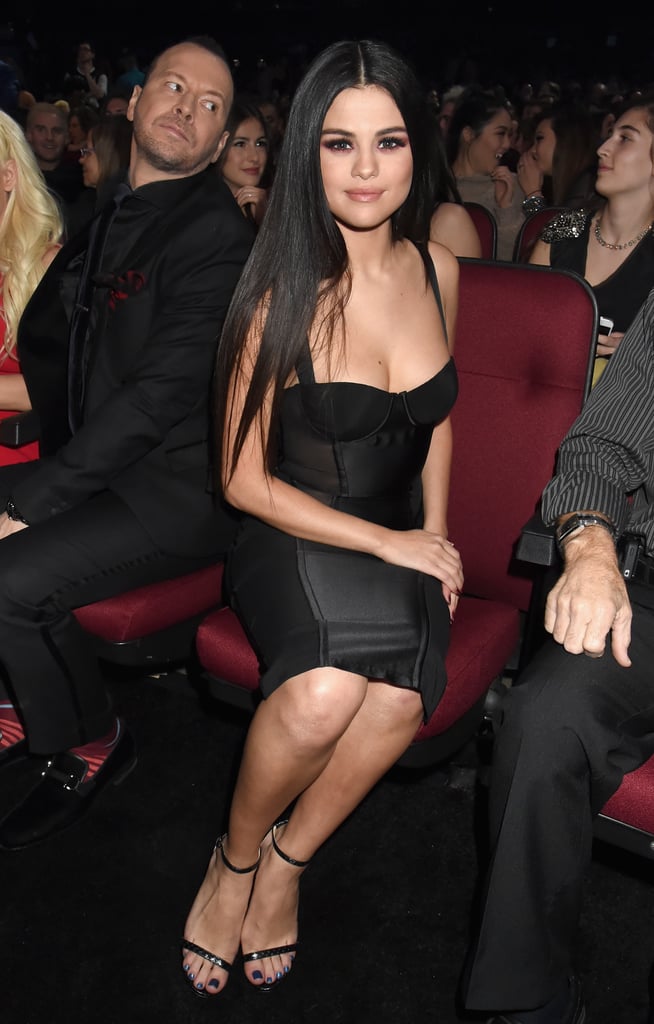 Selena Gomez Has an LBD Icon From the '90s, and It May Surprise You

As the face of Coach, Selena Gomez has quickly transformed her reputation from a talented singer to a major style icon who can do it all. Whether it's her yellow dresses in the "Fetish" music video or her adorable floral Coachella dress, we've always got an eye on her outfits. But Selena just revealed one of her own style icons, and all we have to say is "same."

While on set for her September InStyle cover, the 25-year-old star hopped in the pool to answer some questions on camera, including about the one accessory that gives her instant confidence. "Surprisingly, like a nice little black dress," Selena said. "Just a simple, Jen Aniston type of dress. Classy."

Jennifer Aniston made the LBD her go-to look in the '90s, and even decades later, she continues on her reign as the LBD queen. It's no surprise that Selena is inspired by Jennifer's timeless, formfitting style, as the silhouette could send anyone's confidence through the roof.

Watch the video above, then read on to see some of Selena and Jennifer's similar LBD styles throughout the years. After, check out the 22 best black dresses of 2017 if you want to copy their looks.

Celebrity Style
Emily Ratajkowski Is the Essence of Sexy, Bold Maternity Style in This Cut-Out Dress
by Sarah Wasilak 17 hours ago

Celebrity Style
Salem Mitchell Talks Modelling From Home: "Shoots Are Happening From Behind a Screen"
by Sarah Wasilak 1 day ago
Latest Fashion
×