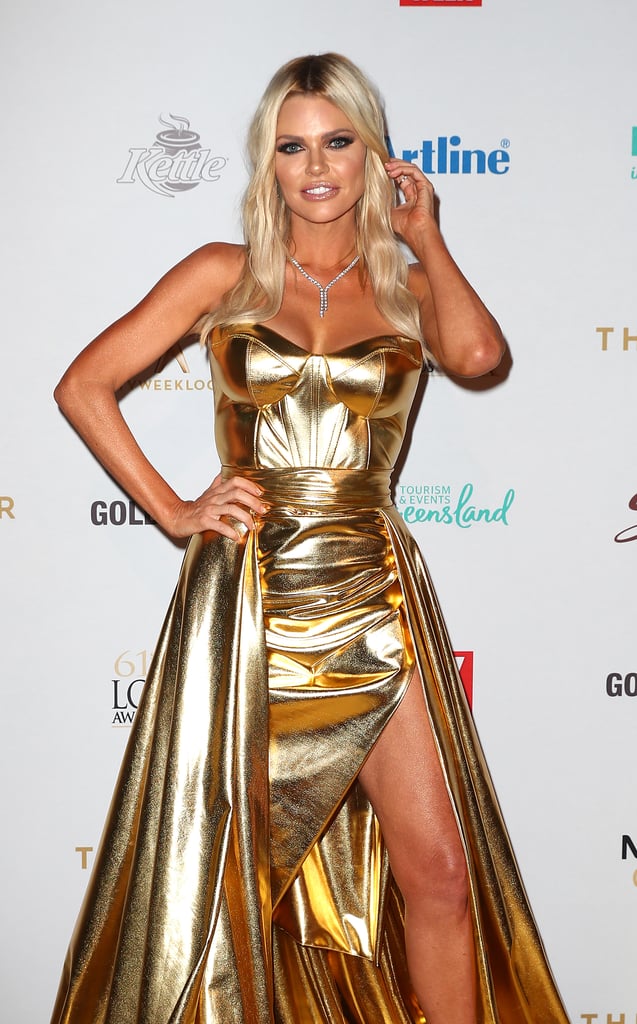 The moment Sophie Monk arrived at The Star Gold Coast on Queensland's Broadbeach for the 2019 Logie Awards on Sunday evening, all eyes were on her.

Never one to shy away from a statement look, Sophie tapped Jason Grech to create her gown for the event. Choosing a style from his most recent collection, Jason worked with Sophie to create a new version from scratch ensuring a perfect fit. "We made a new dress to fit her.", explained Jason. "The DIANA was developed over four fittings and took us approximately 30 hours to make."

The strapless style and metallic-gold colour was perfectly suited to the sun-drenched location of the event. The best part of the gown though, was the detachable skirt. "The gown has a detachable over-skirt which can be removed for the after-party, because we all want to let our hair down and get onto the dance floor after the formalities." revealed Jason. "What you are left with is a strapless party dress with a thigh-high split."

Scroll for an all-angles look at Sophie's Logies dress and then, zoom in on our exclusive pictures from inside Jason's studio.

Award Season
As Per Usual, Lewis Capaldi Had the Most Fun on the 2020 BRIT Awards Red Carpet
by Phoebe McRae 1 day ago

Celebrity Beauty
Billie Eilish's Burberry-Inspired Nail Art Was So Fresh, It Deserved Its Own Runway Show
by Perri Konecky 1 day ago