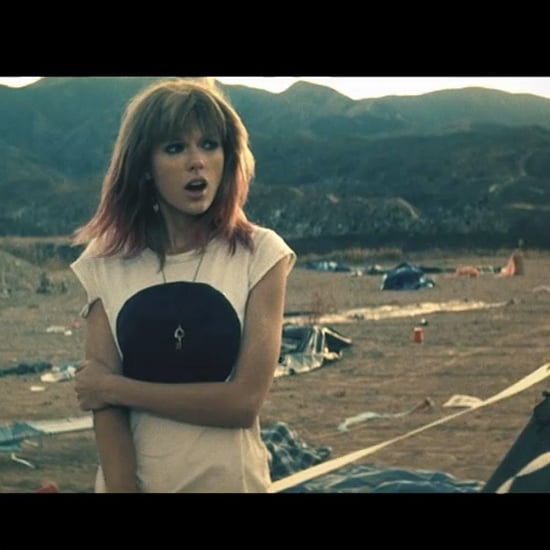 When we first caught wind of Taylor Swift's brand-spankin' new film clip for song "Trouble" on MTV, we thought something looked oddly familiar. . . And we instantly recognised that Tay-Tay's tee, the cool, worn white one with the black dot, is made by Aussie label Bassike. Yep, Taylor Swift, America's sweetheart, has reached for an Australian label to share in the spotlight of her global stardom. Pretty cool, huh? Taylor's team have given the t-shirt a bit of lovin' (note the torn sleeve, strategically-placed dirt, etc) and we think it looks super-cool . . . But we'll keep ours in pristine white, thanks. Love the look? You can buy it right here. You better be quick, though — anything with Taylor's seal of approval will likely be flying out the window.