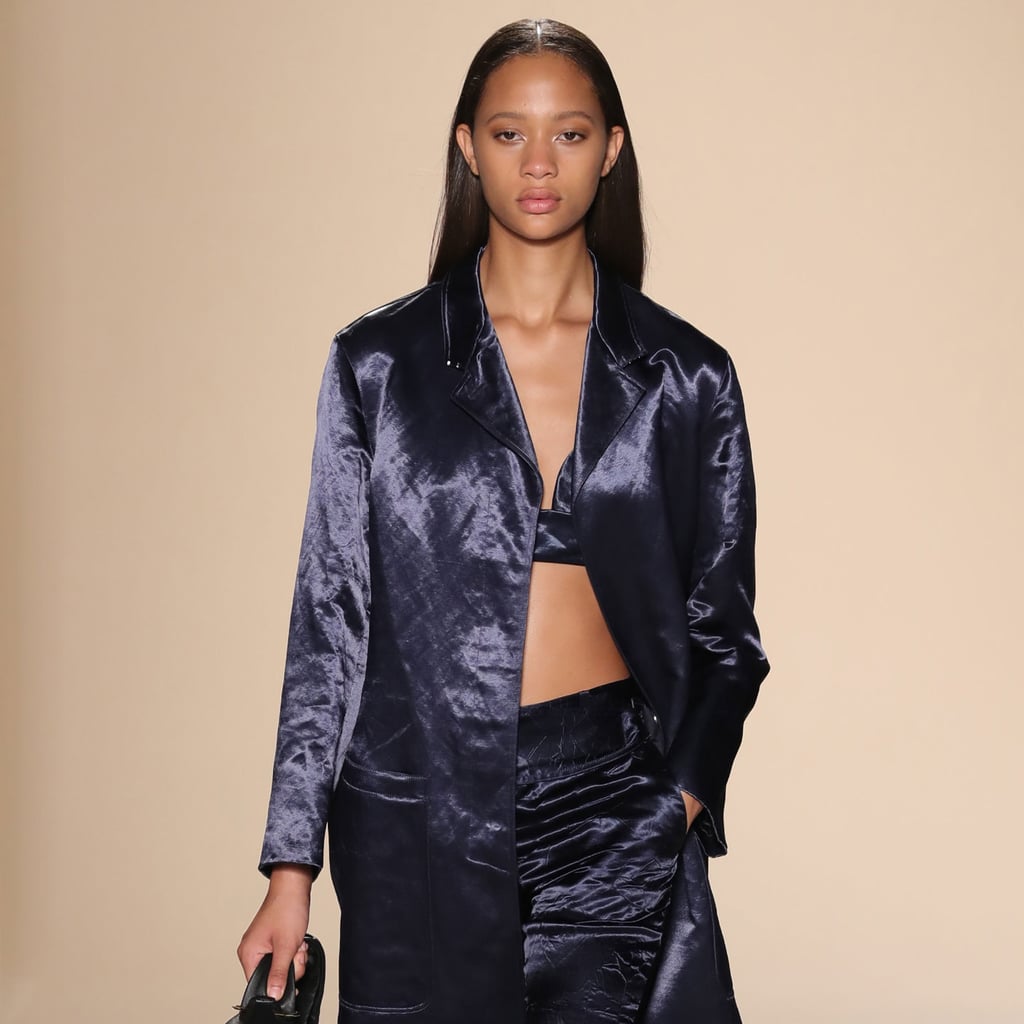 Like the designer herself, the looks on Victoria Beckham's runway rule with easy elegance and unspoken sex appeal. Nothing is in your face — there's subtlety and artistry to the way the clothing hangs on the body and the careful mix between print, colour, and the sculptural impact of the clothing.

That's where Victoria Beckham shines this season, like she's giving a master class in cut and shape. She plays expertly with draping, revealing hints of the body with an exposed shoulder on a slouchy, asymmetrical sheath. She experiments with crushed velvet in a wash of turquoise and shades of orange, taking the fabric into lighter territory for Spring. As though we're getting a taste of Victoria's own personal styling strategy, the looks are impeccable, but not overthought. They seem almost to saunter down the runway, a single fluid motion, and only after they pass does the complexity of the whole thing hit you.