"Who is leading change in fashion?" asked the British Fashion Council ahead of the 2020 Fashion Awards, which premiered on Thursday Dec. 3 in a short film on the BFC's Youtube channel — where 20 individuals and brands were recognised for leading positive change in the fashion industry during a very unpredictable year.

Instead of the usual focus on best designer, the BFC started fresh with four new categories of awardees: environment, people, community, and creativity. "From those who bravely faced this challenging year with pro-active responses to the global pandemic, showed leadership and creative resilience over the past year, to the ones who stood up against prejudice within the fashion industry and fight for change," said the BFC in a press statement. Ahead, are the winners . . .

Michael Halpern
"During the Covid-19 lockdown, rather than stage a show for London Fashion Week, Michael paid tribute to the frontline workers. He captured eight women from across the public service sectors in film and portraits, reflecting on their work, sparking joy and hope."

Chanel
"Chanel uses its influence to create positive change. Through the work of foundation Chanel, it is committed to improving the economic and social conditions of women worldwide. It has developed a racial justice fund to support grassroots organisations led by people of colour."

Kenneth Ize
"Dedicated to preserving African craft and heritage through a community of weavers, artisans, and design groups placing Nigerian cultural heritage on a global stage."

A Sai
"Actively standing against injustice to make fashion inclusive and kind. A Sai Ta uses his voice to offer an end to discrimination against marginalized communities and committing profits to organisations that support the end of systemic discriminations and racism."

Edward Enninful
"As editor of British Vogue, he is an agent of change, holding a mirror up to the industry."

Samuel Ross
"A part of a new generation of menswear designers. His brand, A-Cold-Wall* has a big impact on the communities that he works with. His Black Lives Matter financial aid scheme pledges money to organisations and people on the front line. He gave thousands of dollars to businesses with Black owners across a diverse range of areas."

Aurora James
"This year, Aurora James spearheaded a pioneering campaign calling on retailers to dedicate 15 percent of their shelf space to Black-owned brands. This, along with her community of communities and artisans through her brand Brother Vellies, makes her a trailblazer."

Priya Ahluwalia
"A progressive-thinking leader and agent for change, raising awareness about the challenges of the Black community, especially this year in the wake of the Black Lives Matter movement."

Stella McCartney
"A trailblazer, and has raised the bar of the industry as a whole with sustainability shaping her brand's DNA."

Anya Hindmarch
"Dedicated to reducing waste in the fashion supply chain, and inventing new techniques and processes through her production. She supported the NHS with the creation of the holster and reusable and washable gowns."

Christopher Raeburn
"A pioneer in the upcycling of surplus fabrics and proof that things can be done differently without sacrificing creativity."

The Fashion Pact
"Uniting the world of Fashion's top-tier CEOs to collective action on bio-diversity."

Gabriela Hearst
"Champions luxury with integrity, taking into consideration where materials come from and who is making them. Her spring/summer 2020 show was the first ever carbon-neutral catwalk presentation."

Jonathan Anderson
"This year Jonathan redefined the possibilities of what a show can be in the Covid era by his inspired show concepts. A cultural agitator and master fashion curator, constantly pushing boundaries while upholding the values of craft, and reaching new audiences."

Prada, Miuccia Prada and Raf Simons
"Demonstrated the power of creativity and the importance of conversation and coming together to reimagine fashion for the future."

Riccardi Tisci and Burberry
"Riccardo's creative thinking and ideas teamed with Burberry's core values of inclusivity and sustainability have made the brand one of the world's powerhouses and leaders of change."

Kim Jones
"Creativity continues to push borders. He is a global fashion leader whose work always makes the biggest impact through his innovation and design." 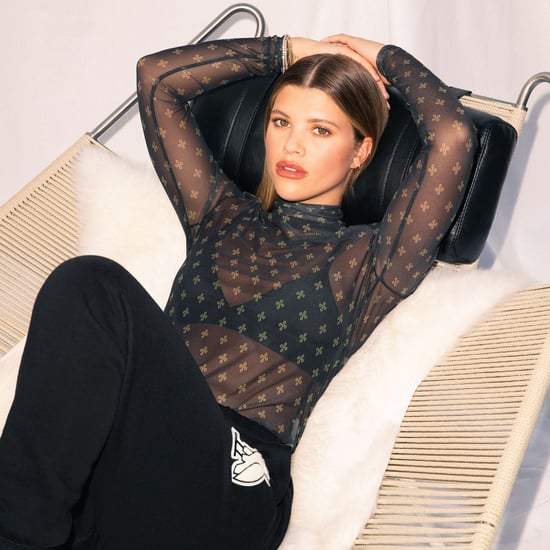