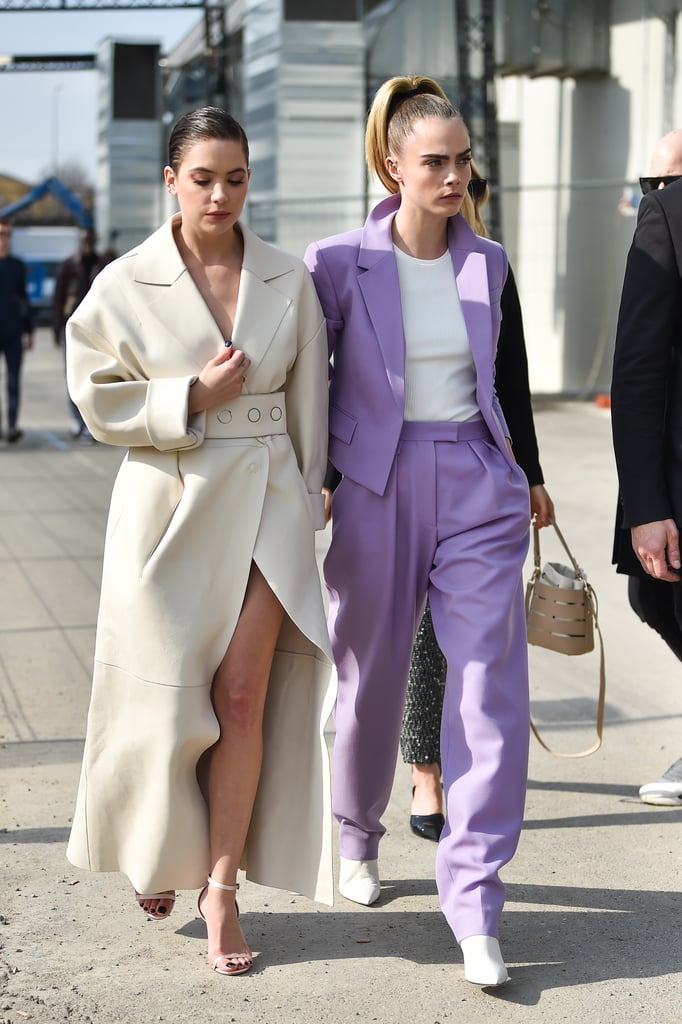 Cara Delevingne and Ashley Benson are super low-key when it comes to their relationship. The adorable couple, who have been dating since 2018, typically don't hit red carpet events together, but they did make an appearance together during Milan Fashion Week. While attending the Fall/Winter 2020 Boss show, the 27-year-old model and 30-year-old actress showed off their amazing couple style in coordinated looks while sitting front row.

For the show, Cara went for a chic lavender two-piece suit paired with a simple white t-shirt by the brand and matching white boots. Ashley, on the other hand, also wore a tailored look but opted for white. The actress chose a chic coat dress that featured ultrawide lapels. To cinch in her waist and give her look some structure, Ashley wore a thick belt in the same neutral hue. For the finishing touch, she styled her coat dress with a pair of ankle-strap sandals in white as well. IMO, both of their polished looks landed them as one of the most stylish couples of Fashion Month. Keep reading to see all angles of their badass coordinated outfits. 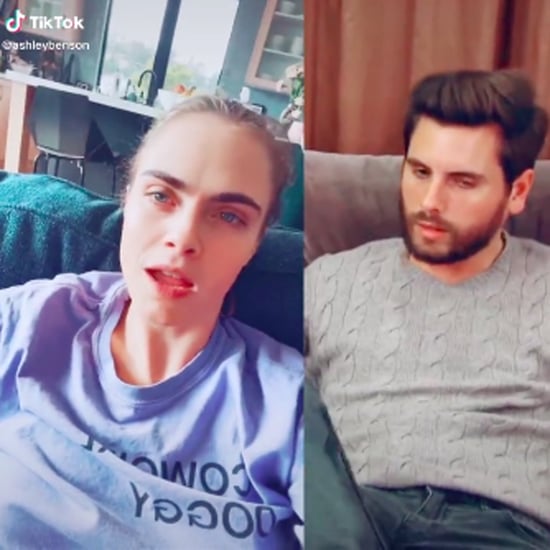 TikTok
So, Ashley Benson and Cara Delevingne Are Reenacting Keeping Up With the Kardashians on TikTok
by Kelsey Garcia 2 weeks ago
Latest Fashion
×