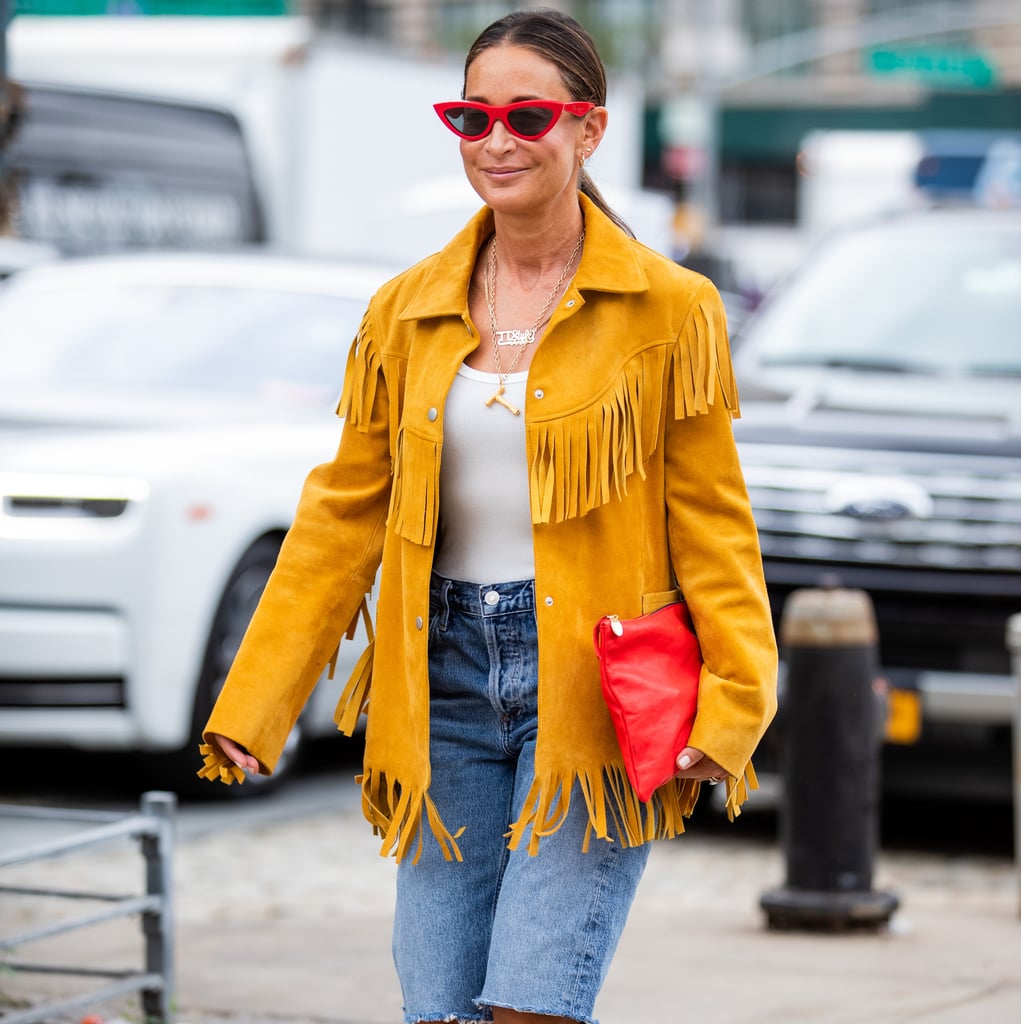 Fringe Jackets — They're Here and They're Happening

Do you know how many fringe jackets I saw on day two of New York Fashion Week? More than I saw on day one, and the tally marks only increased from there. It was like one editor texted her friend and sent the memo, "Whip out your fringe," then everyone else followed suit. While we've absolutely channelled strong western vibes for the past few seasons now, saddle bags and cowboy boots were more popular than anything else.

The last time I wore a fringe jacket was when I was in college, and I still remember regretfully donating it, assuming I'd want it back someday. And now look at us, here we are. It's time to shop for lightweight outerwear, and I'm missing my fringe. I guess that's mostly because the women who styled it on the street made it look so appealing. While my own long-lost design was made of black suede, some of the newer looks come in mustard or with colour contrasting leather tassels and lapels.

If you invest in any of the current options — I'm particularly fond of Miu Miu's oversize silhouette, Prada's stud-embellished iteration, and H&M's ivory cropped number — you'll be really making a statement. So much so that the rest of your outfit accouterments will barely require any attention at all. I see no better reason to hop on the bandwagon.