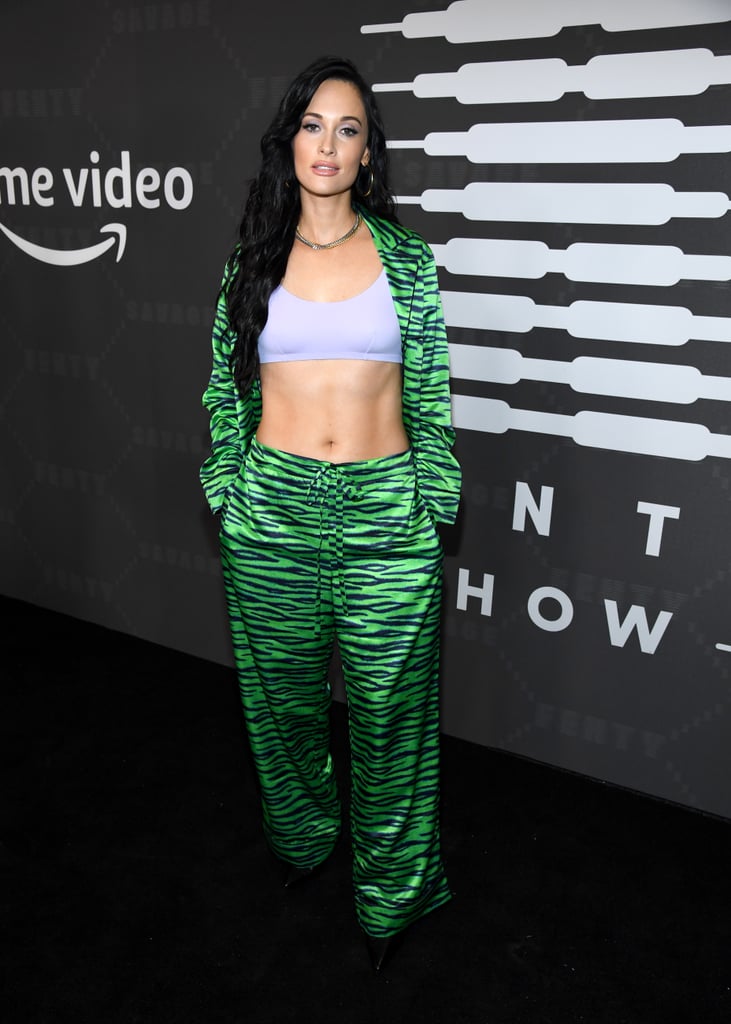 Though she didn't compromise on style, Kacey Musgraves was certainly the most comfortable attendee at Rihanna's Fall 2019 Savage x Fenty show during New York Fashion Week. The country singer wore green tiger-print pajamas from the lingerie brand, which she left unbuttoned to reveal a lavender bralette. The under-$100 outfit actually felt reminiscent of the (iconic) satin sets worn by TLC in the "Creep" video.

Cara Delevingne, Laverne Cox, and Halsey were among the other celebrities in attendance, with some of them even playing a role in the 40-minute production. Photos have been slow to emerge because the entire show will be available to stream on Amazon Prime Video on Sept. 20. Since this is just Rihanna's second Savage x Fenty show, we can only imagine what she has in store for the future.

See photos of Kacey at the event ahead, and shop her exact outfit.