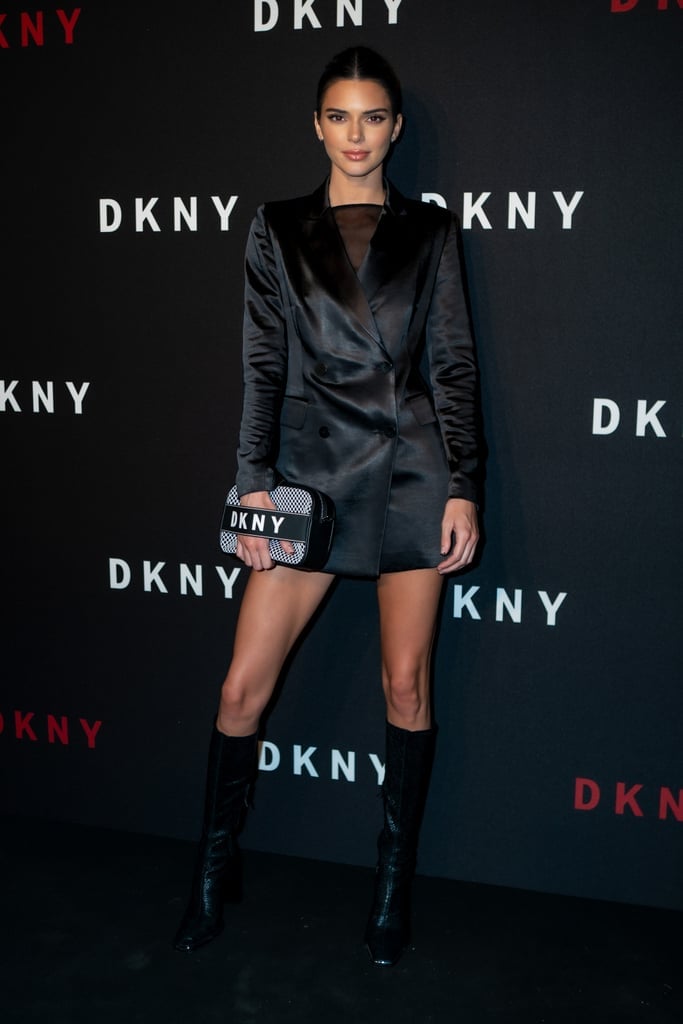 Kendall Jenner might be watching the shows at New York Fashion Week instead of walking in them, but that doesn't mean she won't be serving some stunning style moments while popping in and out of shows.

Kendall made a very chic appearance last night at the DKNY 30th anniversary party held at St.Ann's Warehouse. She wore a head-to-toe black look from the brand, featuring a black satin-finish blazer dress, black leather go-go boots, and a black, athletic-inspired DKNY clutch. For beauty, she went with her usual minimal, soft glam, and a slicked back bun. Other celebrities in attendance were models Aweng Chuol, and Alessandra Ambrosio, Euphoria's Sydney Sweeney, Ashley Benson, and Korean DJ Soo Joo Park.

Read ahead for the best of Kendall Jenner's New York Fashion Week Outfits.

Award Season
Kerry Washington, Tracee Ellis Ross, and More Are Donating Their Emmys Looks For a Good Cause
by Sarah Wasilak 2 days ago
Latest Fashion
×