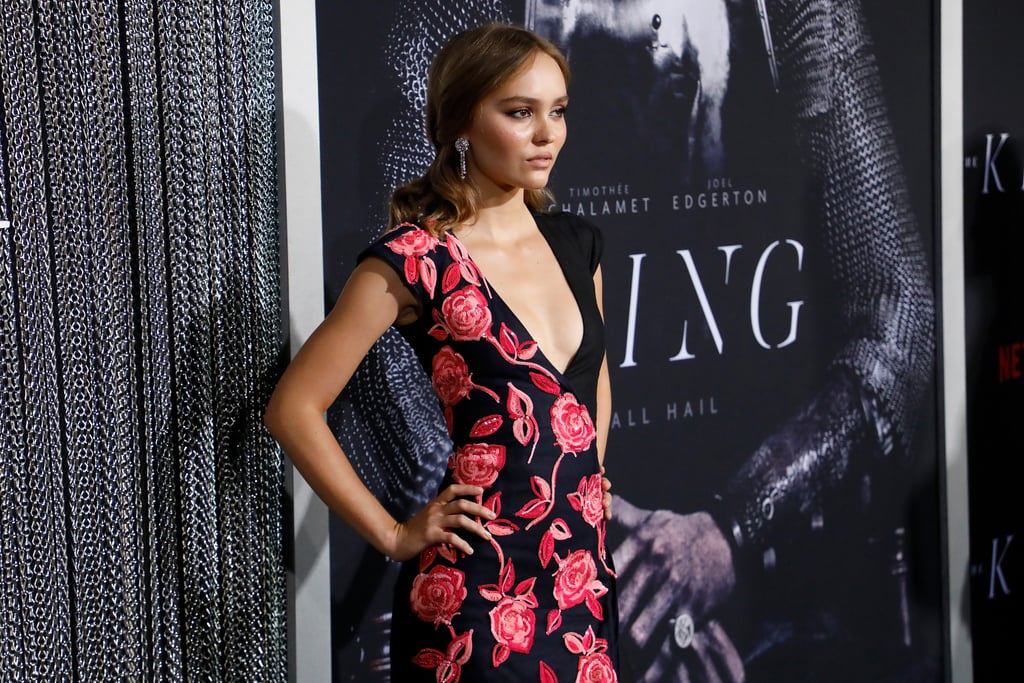 Lily-Rose Depp was in full bloom at the red carpet premiere of The King on Oct. 1. The 20-year-old daughter of Johnny Depp plays Catherine of Valois in the new Netflix film, and she stepped out at its premiere in New York City wearing a low-cut, Chanel wrap dress with a pink floral print. On theme as ever, she accessorised with a silver, rose-shaped ring and finished things off with a pair of black pumps and diamond earrings.

Lily-Rose joins Joel Edgerton, Robert Pattinson, and her boyfriend, Timothée Chalamet, in The King, where Timothée plays the title role of King Henry V. The 23-year-old actor was also in attendance at Tuesday night's premiere, though the couple didn't appear in very many photos together. Timothée and Lily-Rose have been dating since October 2018 and are rumoured to have started dating not long after meeting on the set of the upcoming drama. After photos of them sharing a quite steamy boat ride in Capri, Italy, went viral last month — and inspired a ton of memes — the couple were most recently photographed taking a casual stroll through NYC just last week.

Read ahead to see more photos of Lily-Rose at the premiere of The King from all angles.

Celebrity Style
Trust Me — Tyler, the Creator's Style Is Just as Captivating as His Performances on Stage
by Nikita Ramsinghani 3 hours ago

Celebrity Style
When Kendall Jenner Wears a Reformation Dress to the Versace Show, You Know It's Up to Par
by Sarah Wasilak 17 hours ago 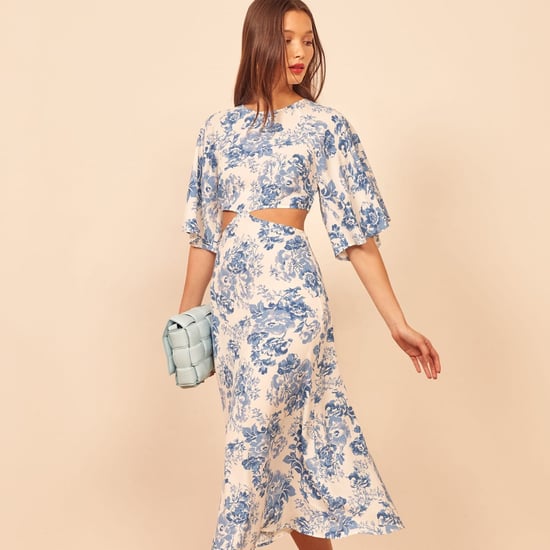 Dresses
It’s Official: These Are the 56 Best Midi Dresses You Need For Spring 2020
by Macy Cate Williams 1 day ago 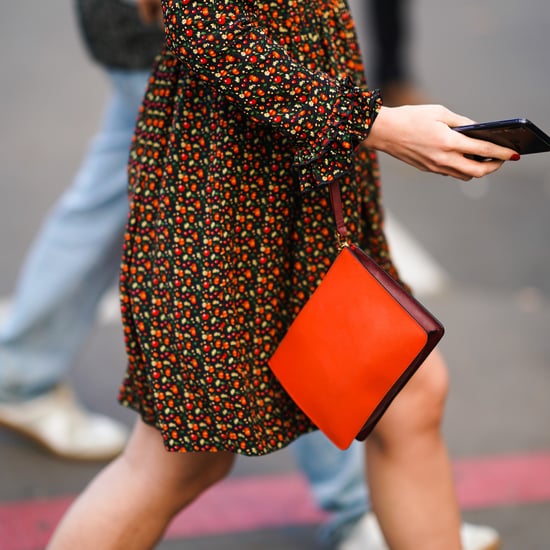 Dresses
17 Spring Dresses You Need in Your Life . . . All From Amazon and Under $20
by Macy Cate Williams 2 days ago

Celebrity Style
Annie Murphy Kept the "A Little Bit Alexis" Dress From Schitt's Creek, and I Love That For Her
by Karenna Meredith 2 days ago

Award Season
As Per Usual, Lewis Capaldi Had the Most Fun on the 2020 BRIT Awards Red Carpet
by Phoebe McRae 3 days ago
Latest Fashion
×