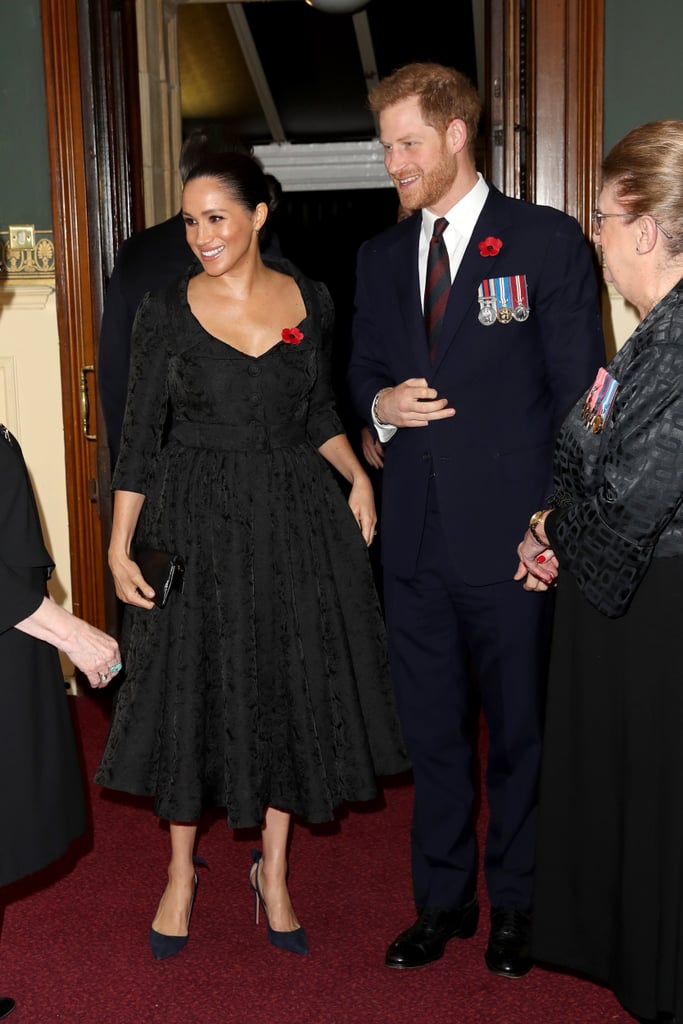 On Saturday, the royal family reunited publicly for the first time in months to attend the Royal British Legion's Festival of Remembrance at the Royal Albert Hall. Prince William, Kate Middleton, Prince Harry, and Meghan Markle joined Queen Elizabeth II for a sombre evening of reflection before Remembrance Sunday, where they honour military members who died in war.

This is Meghan's second round of remembrance events since becoming a royal last year. She chose a sophisticated black brocade dress by Erdem for the occasion. Fun fact: Erdem appears to be a favourite designer for Meghan, as well as for her sister-in-law, Kate. Meghan's retro pick featured an A-line skirt which hit right above her knee, a belted waist, and buttons down the front. The Duchess of Sussex completed the look with a trusty pair of Jessica McCormack hoop earrings, her Aquazzura pumps, and the traditional red poppy pin. Ahead, see more photos of her full outfit.