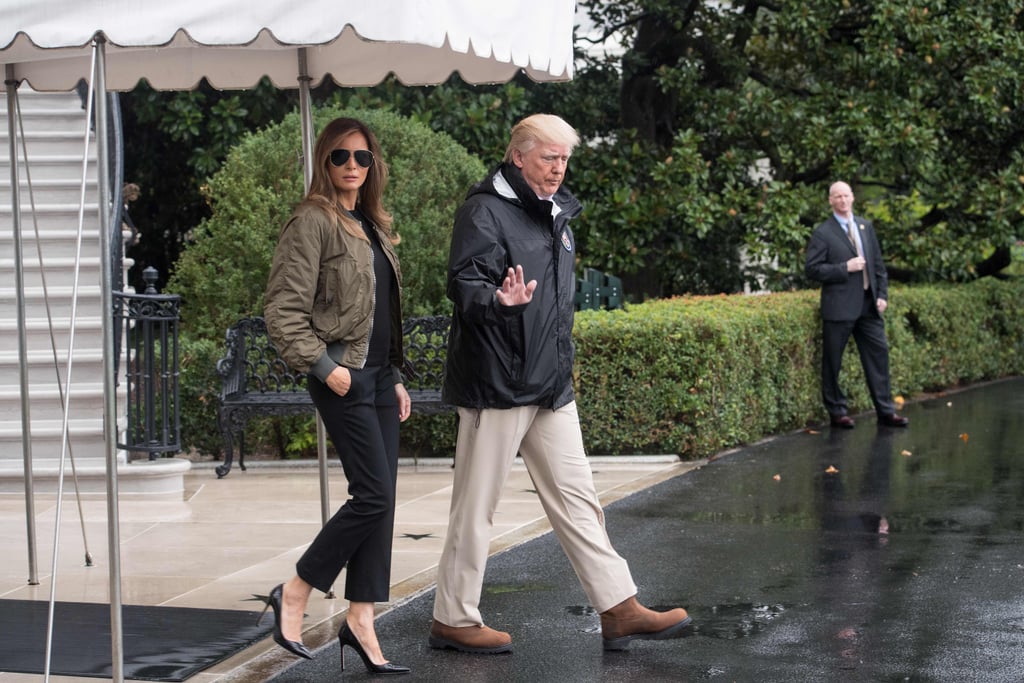 Melania's Heels For Her Visit to Texas

President Trump and Melania headed to Texas in August 2017 to visit Hurricane Harvey victims. Though she covered up in a bomber jacket, one look at her Manolo Blahnik stilettos and you can see they're not too practical for weathering a storm. Twitter users called her out for being insensitive by wearing such luxe shoes to see those who had just lost their homes and belongings in the flood. To add more fuel to the fire, weeks later, the designer of Melania's heels defended her, saying she wasn't at all "insensitive."