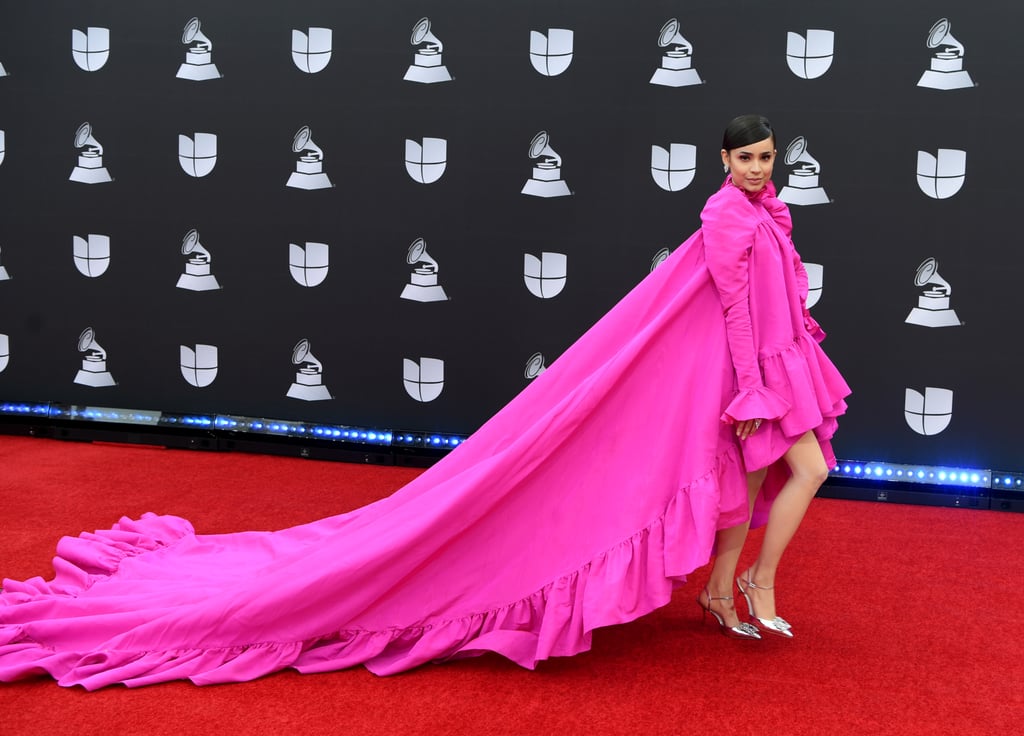 Sofia Carson made sure to make her presence known at the 2019 Latin Grammy Awards. The 26-year-old Descendants star appeared at the event on Thursday night and stunned in a Giambattista Valli gown that brought just the right amount of drama to the red carpet. The hot pink dress featured a high-low silhouette with long, puffy sleeves and ruffles all around, and was extended by a train that dragged several feet behind her. She finished her look off with a pair of strappy silver pumps and diamond earrings, complementing the dress with baby pink eye makeup.

This isn't her first time making a statement in a Giambattista gown. On the night before the Latin Grammys, Sofia appeared at The Latin Recording Academy's Person Of The Year Gala wearing a high-neck, ivory dress that flowed to the floor and was embellished with stones in the torso area. She also made an appearance at the Giambattista Valli x H&M show in Rome last month wearing a bright red, asymmetrical tulle number that was basically the holiday party dress of our dreams.

Read ahead to see more photos of Sofia's Latin Grammys gown from all angles.