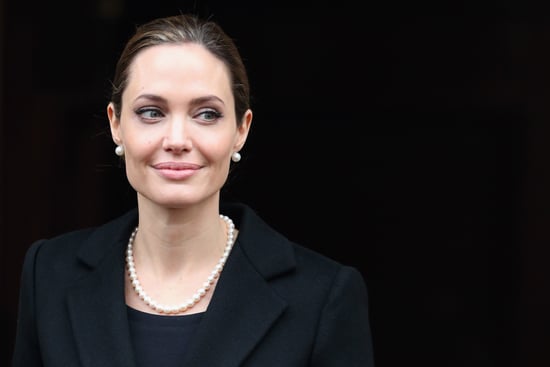 Yesterday, Angelina Jolie announced in a New York Times op-ed piece that she underwent a double mastectomy and reconstructive surgery as a preventative measure. Because she inherited a certain "faulty" gene, her risk of breast or ovarian cancer — which her mother died from — was very high.

Mutations in these genes, called BRCA1 and BRCA2, are the most common cause of hereditary breast cancer, which tend to strike younger women. Angelina's risk, which she said was over 80 percent, is typical in many who carry one of these gene mutations. BRCA1 and BRCA2 mutations are also associated with a high risk of ovarian cancer.

Angelina's difficult decision is one many people who have a high hereditary risk of breast cancer make, since opting for preventative surgery can reduce your risk to much lower levels; post-mastectomy, Angelina says that her breast cancer risk is now under five percent. Last year, for example, Miss America contestant Allyn Rose spoke about her decision to undergo a preventative double mastectomy after the pageant because of her high hereditary risk. In 2008, actress Christina Applegate opted for a double mastectomy, after being diagnosed with cancer in one breast, since testing found that she carried the BRCA1 mutation.

The only way to know if you carry these gene mutations is to get a specific blood test. There are certain patterns that make it more likely that you have these mutations, such as two first-degree relatives (like your mum, daughter, or sister) having breast cancer before age 50, a combination of first- and second-degree relatives (such as a grandmother or aunt) being diagnosed with either breast or ovarian cancer, a first-degree relative diagnosed with cancer in both breasts, or a male relative who was diagnosed with breast cancer. The patterns for those of Ashkenazi Jewish descent, who have a higher risk of inheriting BRCA1 or BRCA2 gene mutations, are different; get the risk pattern lists for everyone here. If an immediate family member is diagnosed with breast or ovarian cancer, they are often tested to see if they carry the gene; if they do, you can also undergo testing to see if you also have the mutation. Making the decision to see if you've inherited this gene mutation, and what to do about it, can be difficult; the National Cancer Institute suggests genetic counseling before and after your blood test to help you make the right decision for you and your family.

While you can't change your genetic risk for getting breast cancer, there are some lifestyle changes that can reduce your risk; read our list of 10 things you can do to help prevent breast cancer here.